The Collapse of the Euro and the New World Order: Both - by Gary North

The phrase "New World Order" has been around for over a century.

The Progressives in the USA and the Old Boy Network of Great Britain -- the Round Table Network -- were pushing for globalization before World War I. So were the liberal Social Gospel Protestant theologians, who saw this as an extension of the kingdom of God. The Versailles peace conference was their golden opportunity. The League of Nations was the incarnation of their vision. This would be a New World Order.

This week, I came across a book by Samuel Batten, The New World Order. It was published in 1919. It was a defense of the post-War globalism. It was written from the perspective of the Protestant Social Gospel. It began:

The world can never again be as it has been. The house has collapsed, and its structure is discredited. In this period of reconstruction it is imperative that men should know what are the defective principles of the old order that must be kept out, and what are the true principles that should be builded in as the very foundations of the house that is to be. What kind of world order do we want? What are the principles and ideals that should guide us in our planning? What are the immediate things in our efforts, and what are the ultimate ends? What are the forces and factors on which we may count for aid and inspiration? These are questions of first importance in this hour.

While the following will mean nothing to you, it means something to me. The PDF was made from a copy in the library of the University of California, Riverside, my alma mater. It had been donated by Gordon Watkins. Watkins was the first president of UCR, 1954-56. He had been part of the nation's educational elite. Wikipedia reports: "He was appointed by Presidents Franklin D. Roosevelt and Harry S. Truman as a member of fact-finding and labor arbitration boards, was a member of a federal mediation board panel, was an advisor to the Danish Committee on Public Monopolies, and counselor and director of the Building and Loan Institute of Los Angeles." The book's underlines are probably his. You can download it here.

Here was a major educational figure, who oversaw the creation of a separate campus of the largest and most prestigious tax-funded university in the United States. Yet he was driven by a theological vision -- globalism.

Our course is clear. "The unlimited independence of sovereign states is as impossible and undesirable as the anarchical freedom of individual citizens." Justice and peace among the nations will come in precisely the same way as they have been approximated within the state, by the union and cooperation of all in law and right, by all protecting each and each serving all. As society has affirmed the principles of social stewardship for the person, so the nations must affirm the principle of national steward ship for the world. We must affirm the old principle that the earth with its resources has God given to the children of men. We must say that it is against society's interest to allow any individual exclusive control of natural resources, to make them private property and exploit them to one's own ad- vantage against the welfare of society. In like manner we must say that it is a wrong against humanity for any people to waste its resources, or for another nation to seize those resources and exploit them to its own profit.

What was the result? "The richest 1,100 people in the world today have a net worth that's almost double that of the 2.5 billion people earning the least." This is the superclass. This is the Old Boy Network in action.

THE LOOMING BREAK-UP OF THE NWO

This week, John Mauldin published an essay by Charles Gave. Gave is an old timer: an economic analyst. His article is a revelation.

"In Europe, the main problem for a century or more was the internecine rivalry between Germany and France which led to three wars that became progressively more destructive." The three wars were the Franco-Prussian war of 1870, World War I, and World War II.

By the time Europe's exhausted elites reached 1945, it was obvious that war was not going to solve anything and hence a new solution was tried in the shape of "political" Europe. The plan worked to such an extent that new challenges were spawned such as the handling of Germany's reunification, managing the effects of an aging population and integrating lots of immigrants from a genuinely different civilization.

These new challenges required new solutions, and yet the elites responded with solutions used to handle the previous challenge, with the forced integration of Europe into a single political and economic construct. Unsurprisingly, the old solutions have not worked and indeed their application is making Europe's various problems worse. The interesting thing is that members of the elite are starting to openly admit this:
Mervyn King, the former governor of the Bank of England, wrote in his recent bookThe End of Alchemy that European leaders pushed for the adoption of the euro as a single currency knowing that it would cause an economic disaster in Southern Europe. The idea was that the impact of weakened economies would force national politicians to accept "reforms" imposed by Brussels. Put simply, Lord King argues that these elites consciously organized a huge decline in living standards in the expectation that it would undermine the legitimacy of local politicians. The problem is that most regular people (rightly) believe that their state is the best guarantor of their society being able to "live together", which is the basic contract binding a nation.

This is a stunning revelation. Those of us who opposed the creation of the euro in the late 1990's knew that there would be a sharp division between thrifty northern Europe and spendthrift southern Europe, or Club Med, as it came to be called. We believed that the euro would fail. Southern nations' deficits would break up the eurozone. But I do not recall anyone who said that the euro was part of a deliberate conspiracy of northern bankers against the South -- a strategy to bring them under northern control. If it was, then it has backfired stupendously. The South ran up massive debts to northern banks, which are now trapped. That was why they got the governments in the north to bail out Greece. The South is in control.

The IMF was on board from the beginning.

Last week the International Monetary Fund's independent watchdog offered a scathing assessment of the agency's handling of the eurozone crisis with the allegation that staffers willfully ignored fatal flaws in the euro project due to an emotional attachment. It became a totem of IMF thinking that in a common payment area, there could not be a solvency crisis. Moreover, the "solutions" imposed on Greece hurt the most vulnerable part of society, causing a collapse in living standards. In an indictment of the IMF's competence, its assessments (forecasts) about the impact its policies would have on the Greek economy were shown to border on the ridiculous. To boot, the processes followed by IMF staff were shown to be unprofessional with decisions being taken without proper discussion and documentation.

The big banks lured the South -- private and public -- into massive indebtedness. Then the IMF offered bailouts to governments on this basis: "austerity," meaning slightly less monstrous government deficits. But this was nothing new. This has been the IMF's strategy from the beginning. The best book on this is John Perkins'Confessions of an Economic Hitman.

This, too, has now blown up. Brexit was the first sign.

Our "experts" (the brilliant men of Davos) have thus been shown to protect their own particular tribal interests, rather than the common good. These testimonies are part of an revelatory exercise in Europe which must accelerate a collapse in the legitimacy of both know-better technocrats and the trans-national institutions, which have been all over the European project since 2011 with such deleterious effects. As such, not only the IMF but the European Commission and the European Central Bank have all seen their credibility decimated.
The really worrying thing with these demonstrably incompetent institutions is their continued power grab without any proper authority. Such hubris has seen them break pretty much every agreed rule of national economic management that existed prior to the crisis (it seems a quaint detail now that the ECB was not supposed to buy government bonds) in a bid to sustain a project which is manifestly pushing European economies toward a disaster. So where does this leave us?
Historically, when an unelected "mafia" has seized control of the political domain, the two remedial options available to the citizenry have been elections, and failing that a revolution. As usual, the British moved first -- through an election (England's last revolution was in 1688). The Brits' decision to break free should not have been that surprising, given that in the normal course of events the EU system had been rigged to stop the genius "elites" from being fired democratically.

He thinks the eurozone currency agreement will collapse. But this means that the EU will collapse. Great Britain could get out more easily; it had not been part of the eurozone's currency union. The rest of the EU is trapped in that currency zone. A political break-up will involve a currency break-up. I think he is correct.
He thinks this will strengthen the dollar and the pound. I agree.
Italy's banks are bordering on bankruptcy. But so are Spain's. Who will have sufficient funds to bail out both systems? Then comes France.

Gave uses this word: "disaster." David Stockman uses this word: "ruin." These are rhetorically powerful words. They indicate a loss of confidence in the prevailing economy. The two authors do not think that bailouts and patch-ups will work next time. Gave says: "adopt the brace position." 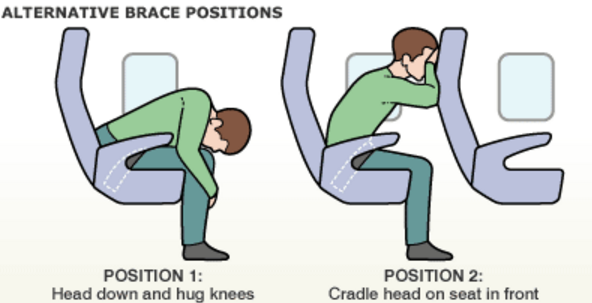 Posted by Crush Limbraw at 9:00 AM