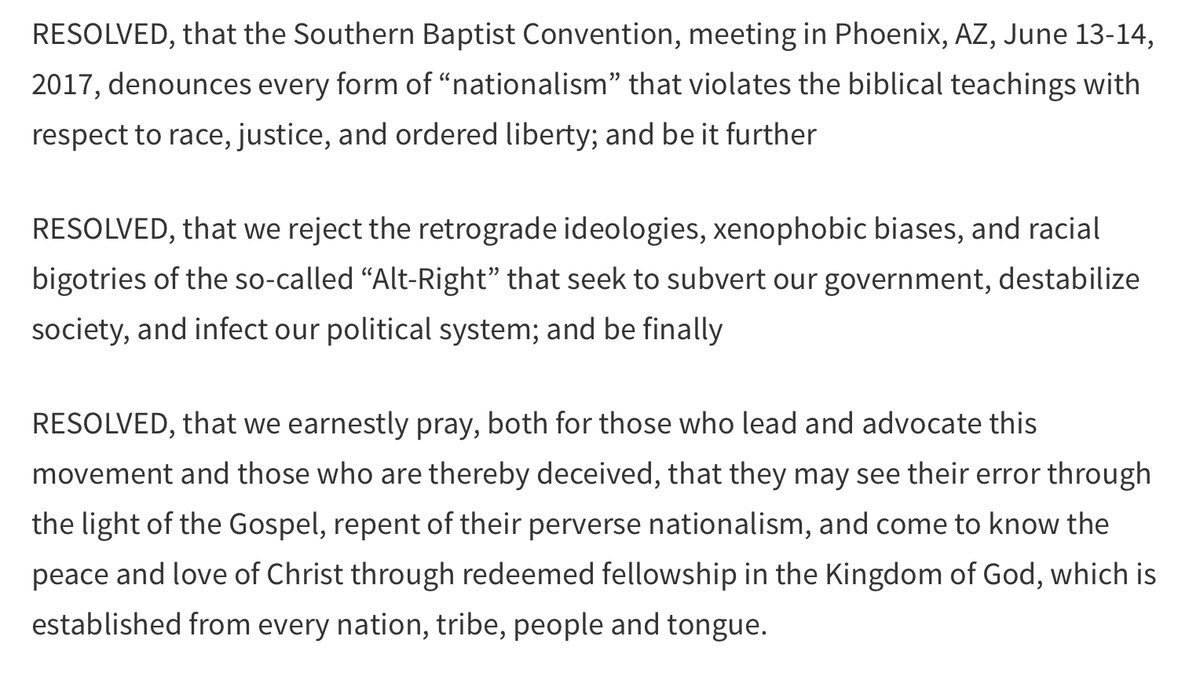 Which "Christ" is that? Judeo-Christ or Anti-Christ? They're cloaking it with the scare quotes and the modifier "that violates the biblical teachings with respect to race, justice, and ordered liberty", but it is obvious that they are now globalists in service to the Prince of this world like so many of the other formerly Christian denominations.

The Alt-Right is not deceived. To the contrary, the Southern Baptists have embraced the wide and easy way in pursuit of the world's approval. It won't be long before they'll be featuring female pastors performing same-sex marriages before empty pews. Convergence always ends the same way.


Vox Popoli: I disavow the Southern Baptists
Posted by Crush Limbraw at 8:42 AM