Social Media is A Tool of the CIA: “Facebook, Google and Other Social Media Used to Spy on People” - By Prof Michel Chossudovsky

Screenshot of CBS article
The Privatization of Spying
Spying on individuals is a highly profitable undertaking for private companies on contract to the CIA, NSA, Homeland Security. The CBS report suggests in no uncertain terms that the personal information pertaining to millions of Americans collected by one of the World’s largest ad agencies is sold to the CIA.
According to an earlier Wired News July 2010 report by Noam Schachtman:

THE INVESTMENT ARMS of the CIA and Google are both backing a company that monitors the web in real time — and says it uses that information to predict the future.
The company is called Recorded Future, and it scours tens of thousands of websites, blogs and Twitter accounts to find the relationships between people, organizations, actions and incidents — both present and still-to-come. In a white paper, the company says its temporal analytics engine “goes beyond search” by “looking at the ‘invisible links’ between documents that talk about the same, or related, entities and events.” 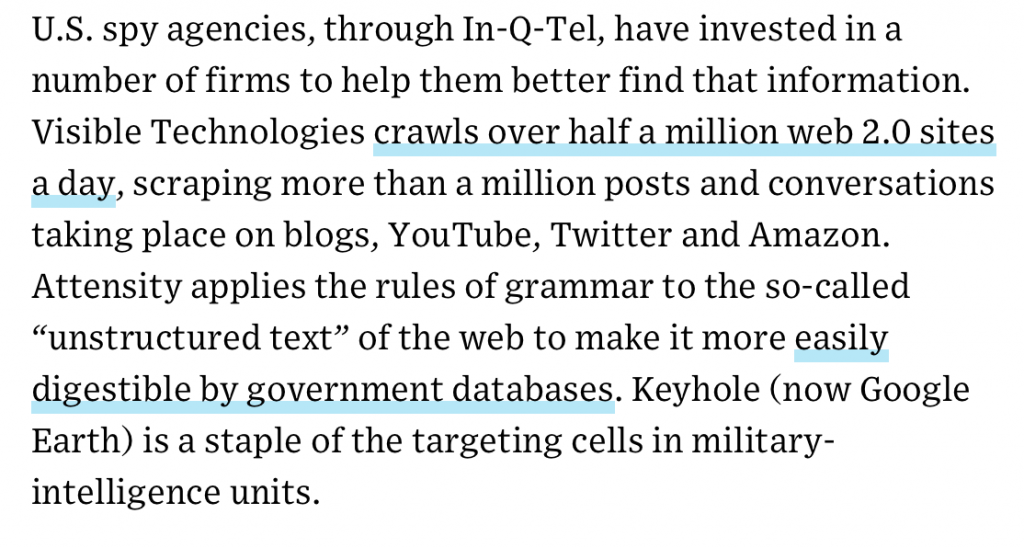 Screenshots of Wired News report
Freedom of Expression
Social Media and Search engines are being used to Spy on Americans! But not only on Americans. The process of personal data collection is worldwide.
What is at stake, however, is not only the issue of “Privacy”. The online search engines also constitute an instrument of online media censorship.
Google has introduced algorithms intended to downgrade independent and alternative media. In this regard, the Guardian reported (December 2016) on “How Google’s search algorithm spreads false information with a rightwing bias. “ 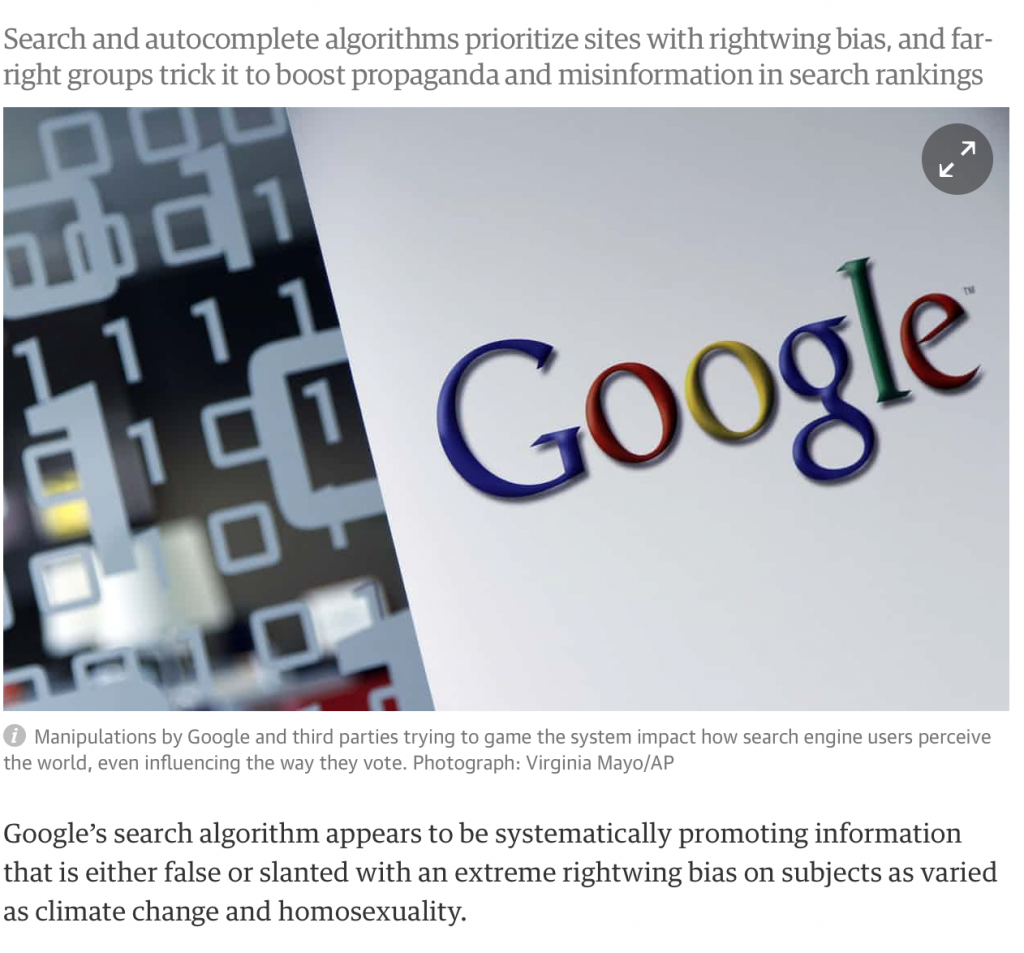 Screenshot of Guardian article
Independent online media is targeted. Freedom of Expression on internet based news outlets is being routinely shunted by Google:

“New data compiled by the World Socialist Web Site, with the assistance of other Internet-based news outlets and search technology experts, proves that a massive loss of readership observed by socialist, anti-war and progressive web sites over the past three months has been caused by a cumulative 45 percent decrease in traffic from Google

Below are excerpts of the CBS News 2011 article, to read the entire article click here:
The world’s largest database on individuals
One of the main threats to privacy comes from advertisers, who want to track everything consumers do on the web and scrape their online accounts for personal information. It shouldn’t be surprising, therefore, to learn that the CIA and the worlds largest ad agency network, WPP (WPPGY), have been in bed together on a social media data-mining venture since at least January 2009. WPP currently claims to own the world’s largest database of unique individual profiles — including demographic, financial, purchase and geographic histories. WPP’s Visible Technologies unit took an investment from In-Q-Tel in fall of 2009. Visible Technologies develops tools that can scan social media networks such as Twitter and Facebook. …
Google and CIA: old friends
Are you seeing a trend yet? Google (GOOG) has been a partner with the CIA since 2004 when the company bought Keyhole, a mapping technology business that eventually became Google Earth. In 2010, Google and In-Q-Tel made a joint investment on a company called Recorded Future, which has the Minority Report-style goal of creating a “temporal analytics engine” that scours the web and creates curves that predict where events may head.
Google is already helping the government write, and rewrite, history. Here, from its transparency report, are some stats on the amount of information it has either given to the government or wiped from the web based on requests by U.S. agencies:
emphasis added. To Read the complete CBS News article by Jim Edwards click here.
Reprinted with permission from GlobalResearch.ca.