The Real Cause of Natural Disasters Might Surprise You - Joshua Krause

What really causes natural disasters? At first glance that may sound like a silly question. We all know that natural disasters are acts of God/random occurrences that we have no control over. They don’t really have a unifying cause. They just happen.
That’s one way to look at it. But after hearing about the flooding that New Orleans experienced earlier this month, I realized that there’s another way to look at what causes natural disasters. Read the following account of what happened to New Orleans recently, and see if you can spot the real cause of the flooding.


Jamie Hill, a resident of the Mid-City neighborhood that has flooded twice in the past month, was clearing mud, sand, grass and other debris from the storm drain near her home. Her car flooded in an earlier downpour a few weeks ago. She said she’s learned her lesson and now moves her car anytime it rains.
“I’m doing what I can, not that it will really matter if the pumps aren’t working,” she said.
The city’s infrastructure was crumbling for years before the devastation unleashed in 2005 by levee breaches in Hurricane Katrina’s aftermath. The federal government earmarked billions of dollars for repairs and upgrades after the hurricane, but the problems have persisted.
Streets are pockmarked with potholes and sinkholes. The city’s water system has been plagued by leaks from broken pipes and power outages leading to boil water advisories.

So after enduring the worst natural disaster in American history, New Orleans was given billions of dollars to fix their flood control infrastructure, yet the city government has utterly failed to follow through. And let’s not forget what happened after Katrina. Multiple investigations found that the levees failed due to things like poor design, improper materials, and a lack of maintenance. And everyone knew for decades that one day those levees would fail, yet they kept kicking the can down the road. They’re still kicking the can.
So what really causes a natural disaster? Is it really an act of God, or are people to blame?


Earlier this week, city officials and spokespeople had said repeatedly that all 24 pumping stations were working at full capacity.
But after the system failed to keep up with a storm that dropped 9.4 inches (24 centimeters) of rain in three hours, the truth about the state of the water pumps began to emerge.
Despite what the public had been led to believe, City Council members were then told that pumping stations in two of the hardest-hit areas went down to half to two-thirds capacity Saturday, news outlets reported.
“It is unacceptable that the public was not only uninformed, but misinformed as to our drainage system functionality during the flood,” Council Member LaToya Cantrell said in a statement Wednesday.

There’s nothing “natural” about corruption and mismanagement. That’s what’s really responsible for most disasters, and that’s what really caused the flooding in New Orleans in 2005, and in 2017.
And it’s not just New Orleans that we see human weakness written all over a natural disaster with massive casualties. Pretty much every time there is an earthquake, a fire, or a storm that kills hundreds or thousands of people, you’ll find that people failed to prevent the preventable. They built unstable buildings and failed to maintain levees. Or they built homes where they should have never been built. See this massive stone marker? 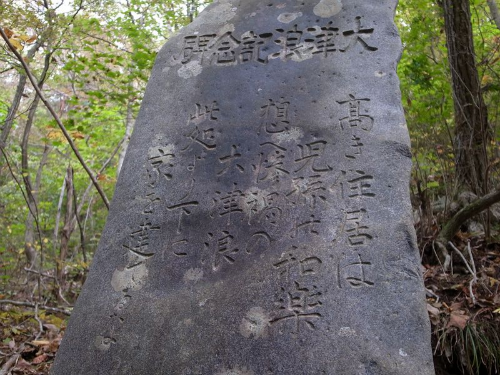 It reads, “High dwellings are the peace and harmony of our descendants. Remember the calamity of the great tsunamis. Do not build any homes below this point.”
The marker was placed near Fukushima, and there are hundreds of them all over Japan that were built by tsunami survivors centuries ago. They’re a warning to future generations, not to build their homes too close to the coastline. The village that resides above this marker was untouched by the Tohoku tsunami that devastated Japan in 2011. The people who lived below it were not so lucky.
In reality, natural disasters are rare. The kinds of disasters that are completely unexpected and kill lots of people who didn’t know they were in danger, only strike once in a blue moon. But man-made disasters, the kinds that are caused by a lack of preparedness, willful ignorance, corruption, and normalcy bias, are very common. They happen every day.

(Sign up for our FREE newsletter to get the latest prepping advice, gardening secrets, homesteading tips and more delivered straight to your inbox!)


Joshua Krause was born and raised in the Bay Area. He is a writer and researcher focused on principles of self-sufficiency and liberty at Ready Nutrition. You can follow Joshua’s work at our Facebook page or on his personal Twitter.
Joshua’s website is Strange Danger
http://readynutrition.com/resources/the-real-cause-of-natural-disasters-might-surprise-you_21082017/