The United States’ current “chain migration” process, where newly naturalized citizens can bring an unlimited number of foreign relatives to the U.S. with them, is likely to add a potential 8 million new foreign-born voters to the country’s electorate over the next two decades.

Every year, the U.S. admits more than 1.5 million foreign nationals to the country, with the vast majority deriving from family-based chain migration, where naturalized citizens are allowed to bring their extended family members to the country. In 2016, the legal and illegal immigrant population reached a record high of 44 million. By 2023, the Center for Immigration Studies (CIS) estimates that the legal and illegal immigrant population of the U.S. will make up nearly 15 percent of the entire U.S. population.
CIS Director of Research Steven Camarota revealed to Breitbart News that overall, the current U.S. legal immigration system is on track to import roughly 15 million new foreign-born voters in the next 20 years. Of those new voters, Camarota told Breitbart News that between 7 million and 8 million will be brought to the U.S. through chain migration, a sect of legal immigration that President Trump has demanded an end to, but that Democrats and the Republican establishment have been unwilling to eliminate.
Research by University of Maryland, College Park political scientist James Gimpel has found in recent years that more immigrants to the U.S. inevitably means more Democrat voters and thus, increasing electoral victories for the Democratic Party.
advertisement
In 2014, Gimpel’s research concluded with three major findings:

Immigrants, particularly Hispanics and Asians, have policy preferences when it comes to the size and scope of government that are more closely aligned with progressives than with conservatives. As a result, survey data show a two-to-one party identification with Democrats over Republicans.
By increasing income inequality and adding to the low-income population (e.g. immigrants and their minor children account for one-fourth of those in poverty and one-third of the uninsured) immigration likely makes all voters more supportive of redistributive policies championed by Democrats to support disadvantaged populations.
There is evidence that immigration may cause more Republican-oriented voters to move away from areas of high immigrant settlement leaving behind a more lopsided Democrat majority.

As Breitbart News reported, five years of chain migration to the U.S. has exceeded one year of all American births, where about 4 million U.S. babies are born every year.

The Trump administration began a campaign in 2017 to end chain migration, noting that more than 9 million foreign nationals have been brought to the U.S. for no other reason than to reunite with extended family members.
Previously unreleased data from the Department of Homeland Security (DHS) has revealed the scope and size to which chain migration has majorly contributed to decades of mass immigration to the U.S. 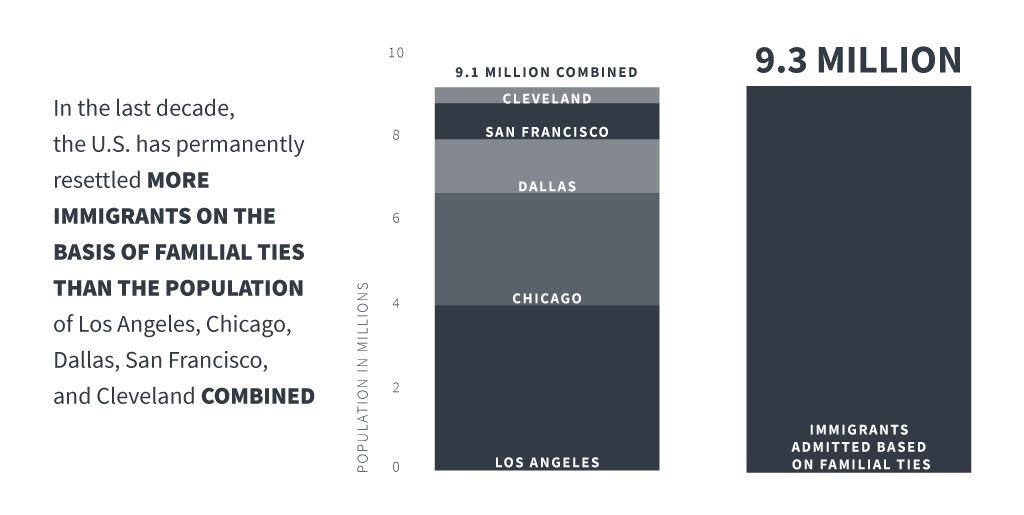 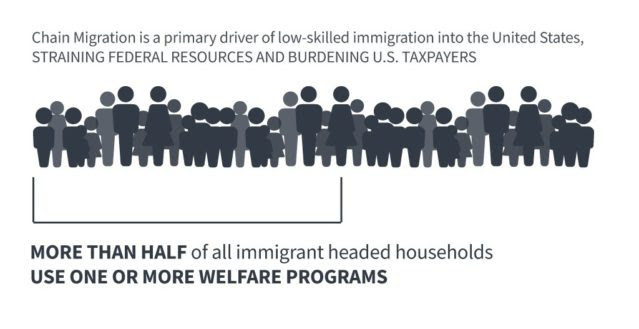 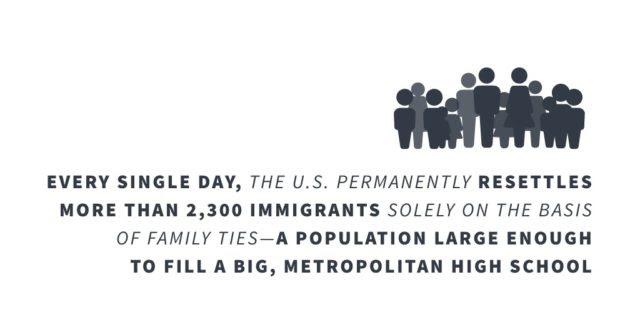