Hey, honchos — give us back our money! Opinion: CEO pay has gone up 10-fold in the past 40 years — do they deserve it? - By Brett Arends


The impact of chief executives has been declining over time, research shows 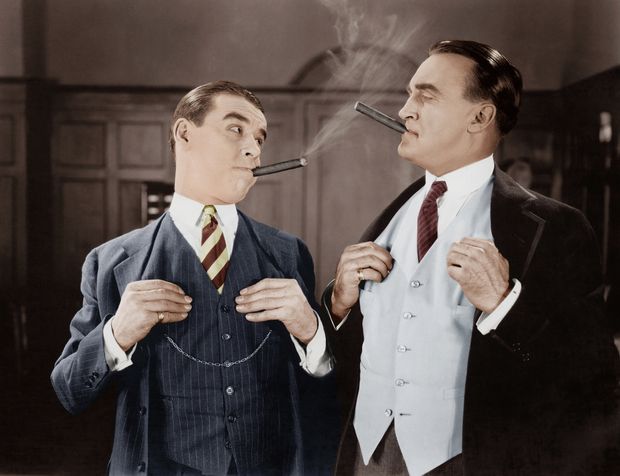 Turns out there’s yet another group of people who might be stealing money from our retirement plans.
Company CEOs.
Their annual compensation has gone up about 10-fold during the last 40 years, if you can believe. And that’s in constant dollars, after accounting for inflation. The average chief executive in the biggest 350 U.S. companies is paid about $17 million a year.

Now recent research has proven what most had already suspected. This isn’t ‘pay’ or ‘compensation.’ It’s sheer loot or plunder, and appears to be unjustified by any actual performance or achievements.
CEOs have “an average impact that is economically unimportant,” report Arturo Bris and Maryam Zargari of Swiss business school IMD. CEOs account for “2 percent of the variability of stock returns, and 12 percent of the variability in firms’ return on invested capital.”
Sure, there are always going to be individual exceptions (the late Apple AAPL, -0.59% Steve Jobs being the most obvious example). We can all think of CEOs who’ve added value (and those who’ve destroyed their companies, for that matter). But in most cases, the researchers find, the effect of the CEO is at least exaggerated.
We all know that CEO compensation goes up as companies get bigger, which may account for the love of mergers. But “the impact of CEOs on (Returns on Invested Capital) is concentrated in small- and medium-size companies,” report Bris and Zargari.
And even though CEO pay has gone through the roof over recent decades, when it comes to company performance “the impact of CEOs has been declining over time.”
To reach this conclusion, they studied the performance of nearly 3,700 CEOs at more than 2,100 companies, in 22 countries, over three decades from 1990 to 2019.
Company performance, they concluded, depends mostly on factors that have nothing to do with the CEO, such as stock market and economic conditions, the company’s industry and other factors.

Makes sense, right?
But it’s not how these big company honchos are paid.
Instead, they’re showered with goodies on the justification that they’re “worth it” and they make a big difference.
On the top floor it’s Christmas every day. They get a ‘base salary,’ often $1 million or more. Then they get cash bonuses, short term stock bonuses and long term stock bonuses.
Anyone who complains about this is generally dismissed as a “socialist” (boo, hiss) or somehow un-American. The reverse is nearer the truth. This money is being taken from investors. That means from everyone who invests in the stock market through a 401(k), IRA or other retirement fund.
The executives’ cheerleaders say soaring executive pay has coincided with booming success for U.S. companies. That’s bogus. Check out the data. U.S. economic performance has been worse in the past 40 years than it was during the “bad old days” of the 1950s, 1960s and 1970s, when CEOs had to be paid like mere mortals. Broad or ‘total factor’ productivity rose much faster back then than it has since.
So the cheerleaders fall back on the argument that, hey, these CEOs must be doing a great job because the stocks are going up.
But as we know that’s upside down and back to front. In the past 40 years, economic data show, stock prices have risen more than four times as much as pretax corporate profits.
So it isn’t that the stock market is doing well because CEOs have done such a great job. It’s that CEOs look like they’re doing a great job because the stock market is doing well.
Some will say it doesn’t matter, because the pay, while obscene, doesn’t make a big difference to the bottom line. It’s such a great argument I’m surprised defense lawyers don’t use it when representing bank robbers.
Brett Arends is an award-winning financial writer with many years experience writing about markets, economics and personal finance. He has received an individual award from the Society of American Business Editors and Writers for his financial writing, and was part of the Boston Herald team that won two others. He has worked as an analyst at McKinsey & Co., and is a Chartered Financial Consultant. His latest book, "Storm Proof Your Money", was published by John Wiley & Co.