The Gov’t Rip-Off on Gasoline - by Eric

Most people know they’re paying a lot of taxes every time they buy a gallon of gasoline.
Proportionately, few taxes are more regressive than motor fuels taxes – which currently amount to about 35 percent of the per gallon cost of gas (roughly, 50 cents in federal and state taxes on each gallon, which currently sells for a little over $2).
But there is a another tax on motor fuels which very few people even know exists that also dips deep into their pockets.
It is the federal mandate that each gallon of gas sold contain a certain percentage (currently, 10 percent) of so-called “renewable” fuels. This being chiefly ethanol alcohol, which is made of corn. About 40 percent of all the corn grown in the United States is not used to feed people or animals. It goes toward mandated-by-government ethanol production, which is then force-fed to American drivers every time they fill up. 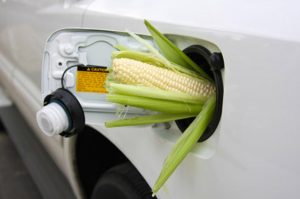 This corn con is one of the greatest boondoggles in existence – hugely profitable to the companies which make this product no one really wants – but which they government requires them to buy.
Ethanol is touted as “renewable,” which is true. It is also grossly inefficient. Ethanol contains less energy per gallon than gasoline, so your car’s engine has to burn more of it to go a given distance. It is one of the reasons why modern cars – notwithstanding all their technological advances – don’t get get particularly good gas mileage.
Back in the ’80s, many cars achieved 40-plus MPG on the highway – even though they didn’t have the advantages of modern engine technology. But they did have the advantage of 100 percent gas – not 10 percent ethanol-adulterated “gas.”
Ethanol-laced fuel also costs more to blend.
Which brings us to the other tax – intimately tied up with the Renewable Fuels Standard – which established ethanol production quotas (very much like affirmative action quotas) back in 2005  – and expanded greatly under President Obama.
These are called Renewable Volume Obligations (RVOs) and amount to another quota – only this time, it’s a mandate to produce a given volume of “renewables” (chiefly ethanol) before the final product – E10 – is finally sold to motorists. These production quotas affect refiners, distributors and sellers of the fuel – who inevitably pass on the costs they bear to motorists.

But here’s where it gets even shadier.
In order to meet the federal government’s “renewable” mandates, renewable fuels credits can be bought and sold – without necessarily making or even selling any actual fuel, renewable or otherwise.
These credits are called RINs – the acronym standing for Renewable Identification Number. They were ostensibly created to make sure the Renewable Volume Obligations were met; that everyone making/selling fuel participated proportionately in the mandatory renewable fuels program.
But in practice, it works very much like carbon credits – another crony capitalist con – which force car companies to either manufacture a certain number of “zero emissions” electric cars or buy carbon credits from an electric car company that does make “zero emissions” electric cars. 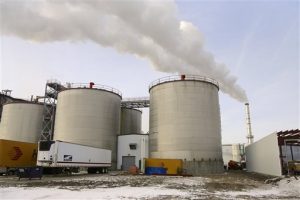 Just so, smaller refiners and independent stations are effectively forced to buy RINs from national operations, including big box retailers like Wal-Mart – which often have their own in-house blending operations – or can easily buy them.
The smaller operations don’t have the facilities to blend in the renewables themselves – and thus, cannot comply with the EPA’s arcane “point of obligation” mandate. The “point of obligation” simply means where the fuel is blended – not who actually makes the renewable additives.
This allows the big crony capitalist operations to get “RIN credit cash” merely for mixing the fuel – not actually making it. And by selling RIN credits to the smaller fry, who have no choice but to buy them, if they wish to continue selling fuel.
It amounts to legalized extortion masquerading as “environmentalism” – just like the electric car sham.
Ordinary people pick up the tab while big cartels – which can easily game the system – rake in the profits.
The big box retailers and large refiners can afford a slightly higher margin cost – due to the up-bid (by them) cost of the RINs.
The smaller outfits cannot. 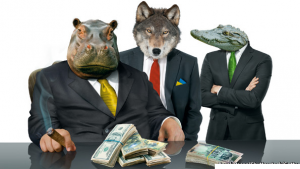 They are left in the impossible position of either charging their customers more for fuel – and losing business to the big box gas station across the street – or charging less for the fuel than it costs them to sell it.
You can’t stay in business very long that way.
The key thing to bear in mind is that this isn’t free competition. It is crony capitalism. It is big, politically connected companies using the power of government to leverage an artificial advantage over their smaller, not-as-connected competition.
The renewable fuels program was sold to the public as an energy independence measure but has proved to be a motorist dependence measure. American drivers are at the mercy, not of OPEC, but the EPA – and the politically connected businesses that are gaming the EPA’s RIN rigmarole.
It’s not good for the environment – and it’s very bad for our wallets.
If you like what you’ve found here, please consider supporting EPautos.
We depend on you to keep the wheels turning!
Our donate button is here.
If you prefer not to use PayPal, our mailing address is:
EPautos721 Hummingbird Lane SECopper Hill, VA 24079
https://www.ericpetersautos.com/2017/07/23/pumping-us-up/

Posted by Crush Limbraw at 9:07 AM