A series of colourful maps has revealed a breathtaking look at the vein-like network of river systems around the world, plotting the countless waterways that stretch across nearly every continent, from North America to Australia.
The maps, created by geographer and GIS analyst Robert Szucs, visualize permanent and temporary rivers and streams, using a rainbow of colours to differentiate the intricate branches.
Using a system known as Strahler Stream Order Classification, Szucs highlights the staggering breadth of Earth’s watersheds, with the individual flows involved in each particular basin shown as lines of varying thickness.

The creator uses the open-source QGIS software to visualize the networks based on scientific data.
By the Strahler Stream Order, branches of higher stream orders are indicated as thicker lines. 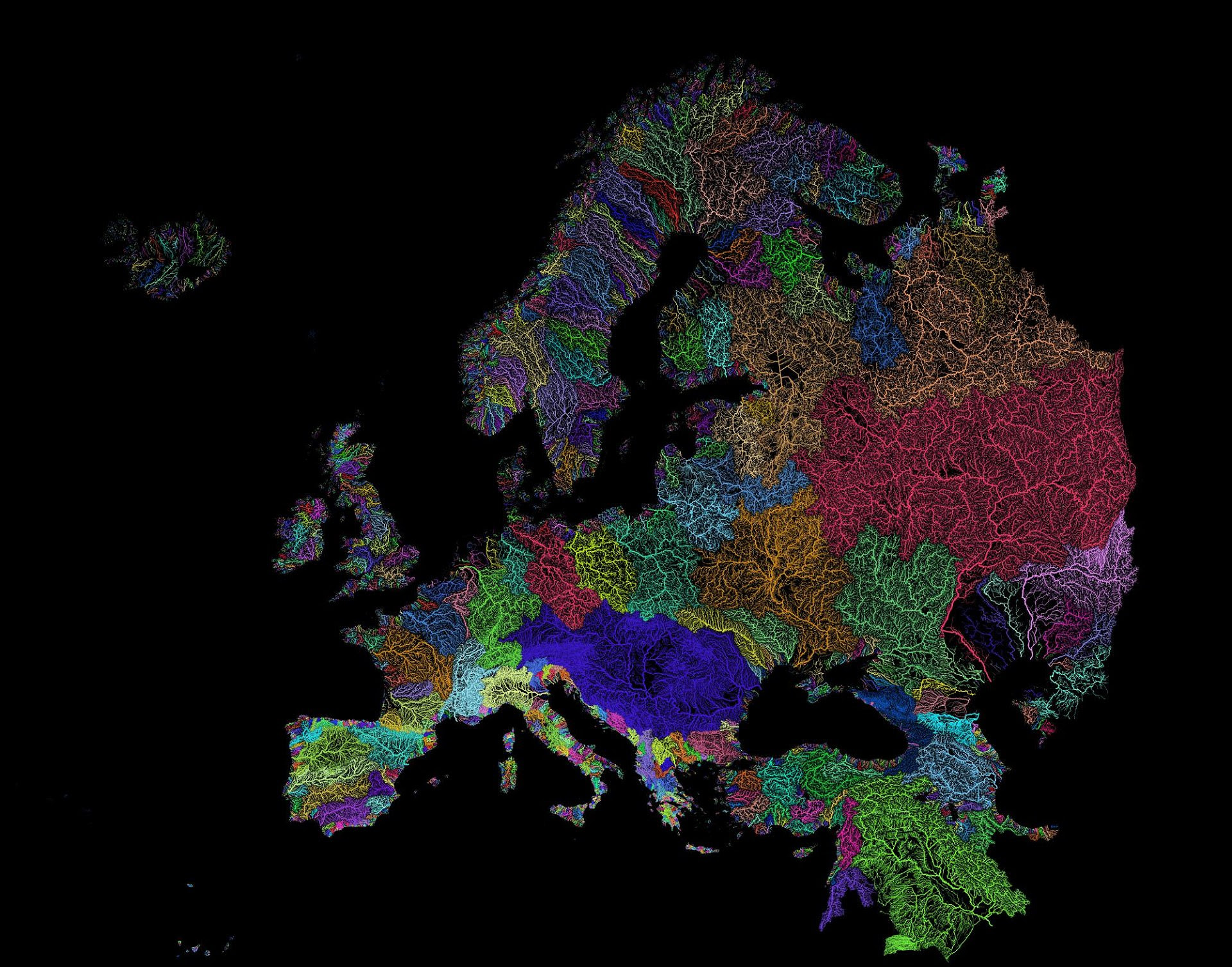 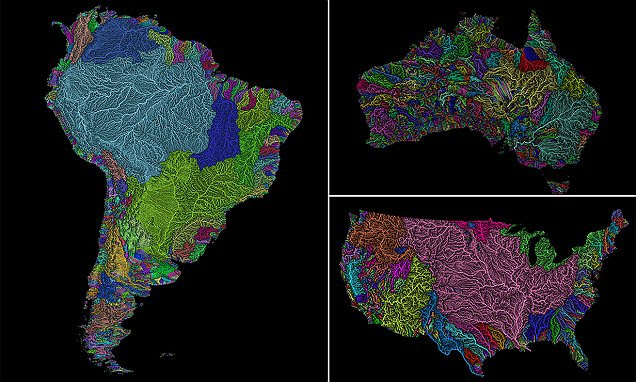 He recently updated his map of the United States, which reveals the massive expanse of river basins across the country – in particular, those which feed the Mississippi River (light pink)
The previous version, he explains, ‘had a few small errors, like a missing part of the Columbia river, funny looking rivers on the Mexican border, neighbouring basins having too similar colours, etc, and I also decided to remove the Great Lakes.’
There are 18 major river basins in the 48 states of the contiguous US, but much of the map is dominated by the massive catchment area for the Mississippi River, including the Upper and Lower Mississippi River Basins, along with Missouri River Basin and the Arkansas-White-Red Basin, as seen in pink.
The top left portion of the map shows much of the Pacific Northwest basin, illustrated in a brownish-orange color.
And, the Upper and Lower Colorado River basins stand out as well, in bright yellow.
Read the Whole Article

Posted by Crush Limbraw at 3:12 PM