Washington loves to accuse others of that which it is guilty of. The primary attack on Nord Stream in the MSM is based on the pretext that European dependence on Russia for gas will lead to Russia using this to “assault European values”. 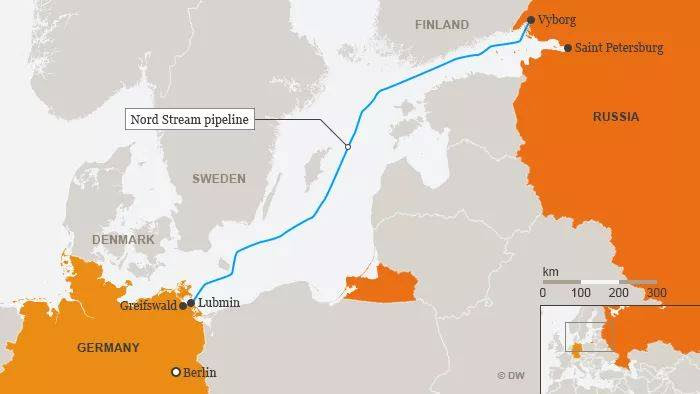 American Globalists use a mix of sanctions and fines to hinder companies from participating in the project, and push Europe to purchase gas from other countries like America instead, which is substantially more expensive. That way Europe will remain under the influence of “American values”.

The attacks on Nord Stream and affordable Russian gas are nearly identical to the attacks on the Chinese company Huawei and it’s 5G network, which globalists see as a threat to their own international hegemony in technology.

This segment goes over the Western establishment’s desperate attempts at sabotaging the project.

On Monday, the Head of Gazprom Alexei Miller announced that over 20% of the Nord Stream-2 offshore gas pipeline had already been built. On Saturday, the Polish Prime Minister Mateusz Morawiecki admitted defeat of Russia's new gas pipeline opponents. In an interview with Interia, he explained the senselessness of resistance, since Russia is a world power, and Germany is the fourth economy in the world. However, this is just the opinion of the Prime Minister of Poland. There is no doubt that Americans will not give up so simply. We discussed just last Sunday that the US accomplishes its tasks either by taking people hostage or by destroying reputations through blackmail and dirt, using the “no person - no problem” principle.

At this point, it would be logical to expect an American attack on German Ex-Chancellor Gerhard Schroeder, who heads the board of directors of the Swiss Nord Stream AG, a company established to manage the Nord Stream gas pipeline.

Mikhail Antonov with the details from Berlin.

On January 26 Germany "sentenced" coal power: by 2038, there will be only gas and wind. Gas is more stable. It can be taken from different sources: it will be safer and cheaper from Siberia than from the USA or Qatar, and the North Sea running out of it altogether. Everyone in Germany is aware of this, but a separate category of Western, even German politicians and the media, can't be kept from participating in propaganda campaigns against the construction of Nord Stream-2.

Jens Muller, Press Secretary, Nord Stream-2: “We, being project developers, do not evaluate political processes and statements. We take note of them and should take them into account in our work. We note the intensification of the discussion: the closer the project is to completion, the more active are the political debates.”

Opponents of the Nord Stream-2 have already used almost the entire arsenal of psychological pressure means: from intimidating their own people with a Russian energy "weapon" aimed at European values, and the attack on the young "Ukrainian democracy," to direct threats to Gazprom partners in Germany, Austria, France, and the Netherlands.

“Americans have various ways to obstruct the construction of a gas pipeline. Banks participating in the project may face sanctions, while specialized firms responsible for laying and maintaining the pipeline at sea may be fined.”

The farther, the harsher are the attacks, that are coordinated and funded from Washington and London. The United States wants to make the European energy sector use the American liquefied gas and is no longer shy of demanding this through its ambassador to Germany, Rick Grenell. Parallel problems are created for the pipeline logistics. It's still unclear whether it will be possible to lay the pipe near Bornholm Island in the Danish territorial waters.

They also harm people who participate in the project. Political analyst Alexander Rahr is not directly related to Nordstream-2, but his personal experience is applicable to the situation. A few years ago he underwent a campaign of harassment.

Alexander Rahr, political analyst: “The fourth power, the press is, of course, is very strong in Germany and in Europe. It is not controlled by anyone, so the editors-in-chief can get away with a lot. And politicians, by the way, are becoming scared. The sad thing is, I know that from my personal experience, that you lose friends. Many people who are there with you do not want to be blackmailed, they don't want to be under the same pressure that falls on you, so they step aside, too.”

The chairman of the Nord Stream-2 board of directors, Gerhard Schroeder, is a man on whom the ultraliberal press, funded off grants from the State Department, has been practicing personal discredit tactics for many years. The press began to poke him in the days when he worked as German Chancellor, spoke against the country's participation in the Iraqi gamble and supported the idea of the Nord Stream gas pipeline.

Gerhard Schroeder, Nord Stream-2, Board of Directors: “The US is eager to hinder the project, they do not show solidarity to the EU, and act based on their own economic interests. If you look at how President Trump tends to promote sanctions, it becomes clear it is all about selling American liquefied gas on the European market.“

“The USA gives us an example of agility and maneuverability but their actions will not remain unanswered. I hope the EU will find enough strength to stay committed to the project and won't follow the American scenario.”

Russian gas is in the interests of Germany, but Schroeder will still easily be represented as a lobbyist for the Kremlin interests. Just as categorically and without proof as the Mirotvorets site moderators did, who have listed Schroeder as an enemy of Ukraine. Sometimes, he is accused of something entirely from the subjective area, such as the accusations that heading Nord Stream-2 is “beyond the limits of permissible”, almost immoral. How do you object this?

Alexander Rahr: “It was once written that Schroeder allegedly met with this or that person somewhere behind the curtains in the Russian Embassy in Germany, to somehow get permission to build the Nord Stream. It's all a lie, there was no such meeting. But it was simply impossible to refute. And there are a lot of such versions, half-versions, injustices, media frauds.”

Schroeder is a convenient target for demagogic accusations, a Putin’s friend, who dares not to hide it. He acts annoyingly, causes envious attention to his personal life, connections, interests, incomes.

It is possible that in the near future Schroeder will become the object of a new attack developed by Western intelligence agencies for the Western press on the principle "it doesn't matter if it really happened, it is important that you believe it".

But, of course, the most important task of such special actions is not to harm a particular person, but to hit the Nord Stream, which is currently supported by most Germans. Opponents of the Nord Stream will try to break the image of the project to justify any further lawlessness and gangster methods. As they say, it's nothing personal, just business.
This post first appeared on Russia Insider
https://russia-insider.com/en/node/26095

Posted by Crush Limbraw at 9:58 AM