The US aggression against Venezuela as a diagnostic tool, by The Saker - The Unz Review

The Neocons never cease to amaze me and their latest stunt with Venezuela falls into this bizarre category of events which are both absolutely unthinkable and simultaneously absolutely predictable. This apparent logical contradiction is the direct result of a worldview and mindset which is, I believe, unique to the Neocons: a mix of imperial hubris and infinite arrogance, a complete lack of decency, a total contempt for the rest of mankind, crass ignorance, a narcissist/sociopath’s inability to have any kind of empathy or imagine another guy’s reaction and, finally, last but most certainly not least, crass stupidity. There is so much which can be said about the latest US aggression on Venezuela that entire books could be (and will be) written about this, but I want to begin by look at a few specific but nonetheless very symptomatic aspects:
“In your face” stupidity or bootcamp-like deliberate public humiliation?
Remember the almost universal reaction of horror when Bolton was appointed as National Security Advisor? Well, apparently, either the Neocons completely missed that, which I doubt, or they did what they always do and decided to double-down by retrieving Elliott Abrams from storage and appointing him US Special Envoy to Venezuela. I mean, yes, of course, the Neocons are stupid and sociopathic enough not to ever care about others, but in this case I think that we are dealing with a “Skripal tactic”: do something so ridiculously stupid and offensive that it places all your vassals before a stark choice: either submit and pretend like you did not notice or, alternatively, dare to say something and face with wrath of Uncle Shmuel (the Neocon’s version of Uncle Sam). And it worked, in the name of “solidarity” or whatever else, the most faithful lackeys of the Empire immediate fell in line behind the latest US aggression against a sovereign nation in spite of the self-evident fact that this aggression violates every letter of the most sacred principles of international law. This is exactly the same tactic as when they make you clean toilets with a toothbrush or do push-ups in the mud during basic training: not only to condition you to total obedience, but to make you publicly give up any semblance of dignity. 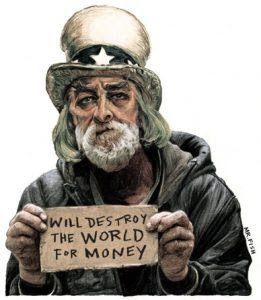 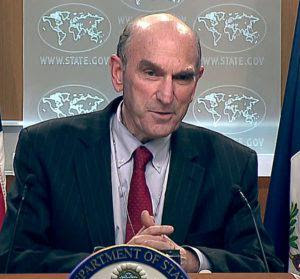 Would you trust that face?
Here I think we can all express our heartfelt gratitude to Mr MAGA whose appointment of Elliott “Iran-Contra” Abrams has done more than any government sponsored propaganda to clearly and bluntly explain to the Venezuelan people who is doing what to them and why.
Seriously, Ron Paul or Tulsi Gabbard speaking of democracy is one thing, but having gangsters and psychopathic thugs like Pompeo, Bolton or Abrams in charge really sends a message and that message is that we are dealing with a banal case of highway robbery triggered by two very crude considerations:
·   First, to re-take control of Venezuela’s immense natural resources.
·   Second, to prove to the world that Uncle Shmuel can still, quote, “pick up some small crappy little country and throw it against the wall, just to show the world we mean business“, unquote. 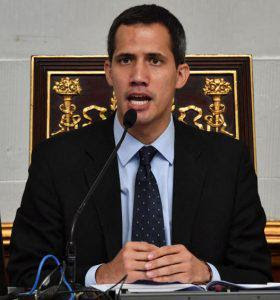