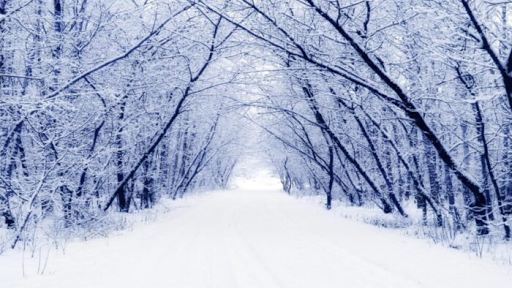 The unsustainable, corrupt, and brittle man-made global warming story is unraveling. Climate maniacs predicted a snowless world years ago. However, we have reports this week that the Northern Hemisphere snow mass is already 300 gigatons above the 1982-2012 average.

This week hundreds of all-time cold records fell across North America. No heat, only frigid, deepening, and dangerous cold. The United States (Lower-48) just set its coldest temperature ever recorded this early in the season. Denver obliterated its all-time low-temperature record in weather books dating back 148 years. It is snowing in Hawaii! Winter is coming in hard and strong, with the cold reaching all the way to Mexico. For the city of Chihuahua the thermometer dropped to -1C.

“The ongoing cold is off the charts, with an air mass more typical of December or January than late October,” The Washington Post admits. Arctic blast brings minus -29 degree (-33.9) cold to Montana as snow and ice plastered the central U.S., toppling records far and wide. Readings plummeted to some 40 degrees F below average for this time of year.

On September 3, I published ‘What Happened to Summer.’ Last year in October, I published Winter at the End of Summer and Winter Has Arrived Months Early. This year we had historic cold in Sweden in July and an abrupt end of summer in the mountains of northern Spain in August when a sudden cold snap left the Picos de Europa range buried under a blanket of white. The Alps and Pyrenees also received heavy summer snow, and the French as well were reporting all-time record August low temperatures.

The arctic is ‘finally’ melting due to warm water that is perhaps sourced with many of the millions of underwater volcanoes. The Gakkel ridge is a gigantic chain of underwater volcanoes snaking 1,800 kilometers (1,100 miles) beneath the Arctic Ocean from Greenland’s northern tip to Siberia. The Gakkel Ridge has in the recent past pulsed massive amounts of heat into the overlying ocean and thereby melted large portions of the ice that floats above the heated ocean column. Increased cosmic rays during grand solar minimums increase volcanic activity because these high energy particles penetrate deep into the Earth.

But to compensate, Antarctic Sea Ice has expanded to record levels, and even Greenland sees reversals in ice coverage with its biggest glacier growing.

The Guardian is warning that in the coming election, the climate crisis looms as perhaps the largest of all issues to be decided. At this point, it seems evident that climate change has more to do with politics than truth.

James Howard Kunstler, who does not love Trump, says, “The Democratic Party’s agenda would add an extra layer of tyrannical and sadistic insanity to the process that will only bring more suffering to more people, and I don’t want that to happen.”

A vote for Democrats is a vote for climate insanity. Believing in warming in a cooling world is dangerous.  Doing the wrong things can be catastrophic, leading to a suffering level few have the stomach to imagine. Their stance on climate shows everyone, moderate Democrats included, how hypnotized we can be by decades-long bombardments of propaganda. The sun is all-important in weather, but to Democrats, it is not on the radar. Only CO2 is.

Dr. Mototaka Nakamura of MIT, the Georgia Institute of Technology, NASA Jet Propulsion Laboratory, California Institute of Technology, JAMSTEC, and Duke University says in his book The Global Warming Hypothesis is an Unproven Hypothesis, explains why the data foundation underpinning global warming science is “untrustworthy” and cannot be relied on.

Wild weather is wreaking havoc on crops around the world, sending their prices skyrocketing. As prices soar on everything from sugar to cooking oil, millions of working-class families that had already scaled back on food purchases in the pandemic are being thrust deeper into financial distress. The Bloomberg Agriculture Spot Index, a gauge of nine crop prices, has risen 28% since late April to its highest level in more than four years. Wheat earlier this week was the most expensive since 2014. Climate change is threatening violence against the human race, and millions will experience in their bellies.

The U.K.’s worst wheat harvest in about 40 years has prompted fears of higher prices of flour, and subsequently of bread and other flour-based products. We are entering a Grand Solar Minimum. Crops are always the first to go. And our modern delicately balanced, chemical-dependent, mono-cropping-ways simply aren’t prepared for a violent shift in the climate. Robert Felix has long been warning, “I fear that we will be fighting in the streets for food long before we’re covered by ice.”

Sixty-three million people in China have been affected by flooding and 15 million acres of farmland destroyed — an area the size of West Virginia. In official statements, the government has placed the floods on the same level as the coronavirus pandemic when describing shocks to China this year.

It is cooling! And to confirm that, just step outside. Below you will read the weather history from the last four months. If global warming were real, it would still be feeling like summer, being, as they say, the hottest it has ever been in modern history. Almost 300 million Americans are experiencing cold weather when it should be warm.

The same people who are fanatic about global warming have destroyed the world’s economy for no reason. Its official, lockdowns are not the way to go, says the World Health Organization, and blocking the sunlight to ward off the heat makes no sense at all in a cooling world.

We read on August 22 that temperatures were already dropping below freezing in Russia. There was frost in the Moscow region even though it is still summer. In the Kostroma region, frosts in the grass went down to -1 degrees, observed for the third day in a row. At the same time, China had a midsummer blizzard.

On August 7, the coldest temperature ever recorded in Tasmania was registered. Not just for the date and not just for the particular location, but the coldest for any date on record, and the entire country. Temperatures dropped to -14.2C (6.4F), a new record low for the state, and even colder than Antarctica. On August 10 Lake Toko in Siberia smashed its daily low record with a temperature of -9.8C (17F)! The previous low for August 7 was -3.2C (26.2F) in 1990.

Summer suddenly ended in the Dagestani village of Kurush. It started snowing as the air temperature dropped. Strange things are happening with the climate around the world. For the first time since record-keeping began in 1973, South Korea’s average temperature in July was LOWER than that in June, according to Korea Meteorological Administration (KMA) data.

On the last day of August, a string of cold fronts are engulfing much of the North American continent bringing well-below average temperatures, scattered thunderstorms, and even summer snow to the mountain states. What we are seeing is the mercury as much as 14C below normal in many central U.S. states: particularly in Wisconsin, Illinois, and Indiana. Canada’s Saskatchewan and Manitoba provinces are also on-track for a bout of record-breaking cold as well.

“Snowing in June” is an old Chinese proverb meaning that something so brutal and outrageous has occurred that the heavens want to show their indignance by dropping freezing snow on to the Earth even in the summer as a token of punishment. It is still August, and, at least for some of China’s mountainous regions, unexpected summer snow is still falling.

More than a foot of snow in three different states fell by September 10.  Autumn was still a week away. Two States in the U.S. reported their earliest snowfall on record. The most significant snowfall at the end of summer was set in Casper, Wyoming — which recorded a total of 17 inches of snowfall. HUNDREDS of low-temperature records tumbled across the United States at the end of the first week of September as brutal Arctic air sank anomalously-far south. Are we to believe that this is the face of global warming?

“Historic July cold was registered in Sweden.” The coldest month of July in almost 60 years. Norway also suffered its ‘Coldest Summer for 60 Years.’ Several cold records shattered in The Netherlands in July, where it has never been colder since the start of the measurements.

The sun has been blank for 32 days and counting,
which sees it enter the SIDC record books as one
of the longest’ periods with spotless days’ since 1849.

NOOA has published projected sunspot activity data that shows a ‘full-blown’ Grand Solar Minimum running from the late-2020s to the 2040s (at least). This  confirms a new paper from professor Valentina Zharkova, entitled: “Modern Grand Solar Minimum will Lead to Terrestrial Cooling.”

Cold Is More Dangerous Than Heat

A new U.S. study finds that cold weather is responsible for most temperature-related deaths in Illinois. From the Lancet, we read, “Cold weather kills 20 times as many people as hot weather, according to an international study analyzing over 74 million deaths in 384 locations across 13 countries.”