It is easy to prove that the whole electric car thing is a gigantic fraud – as well as a con.

The fraud is the assertion that electric cars are the best – the only – way to reduce the putative danger of carbon dioxide being “emitted” by vehicles.

Actually, the best and only realistic (bear with) way to reduce these “emissions” (leaving aside for the moment the assumption that they are in fact dangerous) would be to halve the gas burned by non-electric cars. This is something that is not only very feasible it is also something very affordable – which electric cars are not. 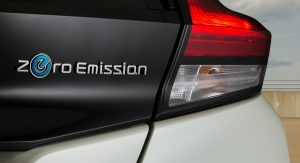 And because they are not affordable (and leaving aside the question of the enormous volume of “emissions” generated by the mostly natural gas/coal and oil-fired utility plants that generate the excessive quantity of electricity they burn) most people aren’t able to buy them, which renders them pie-in-the-sky solutions to this putative problem.

Unless, of course, the real-but-dare-not-say-it-yet solution is to “reduce emissions” by reducing driving to what it was before Henry Ford created the Model T – i.e., a luxury indulgence available only to the very affluent.

But if they are serious – and not serious about making the privately owned car a thing of the past for most people – then there is a much better way to “reduce emissions” of carbon dioxide.

Then more people could afford to drive them – and the more who drive them, the less gas emitted.

Environmental win – without anyone losing.

This is not only possible, it is actual. Such cars exist – are sold – in other countries and could be sold here, were it not for the government. Specifically, were it not for government requirements that new economy cars pass crash tests that a steel-bodied vehicular dreadnought such as a ‘90s-era Mercedes S-Class would fail and be equipped with 6-8 air bags, necessitating the physical structure to support them. It is why even small economy cars like the 2021 Toyota Corolla and Hyundai Elantra I wrote about recently weigh two-thirds as much (about 3,000 pounds) as a ‘90s-era full-size Mercedes S-Class (which weighed about 3,900 pounds). 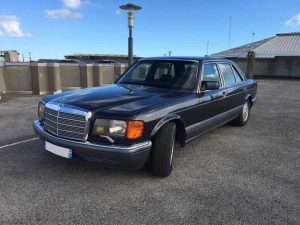 Keep in mind the Benz was a huge car – in terms of its footprint – relative to cars like the current Corolla and Elantra – and had a huge V8 under its hood rather than a small four.  Yet the new-model compacts are two-thirds as heavy as the full-size (and V8 powered) luxury barges of 30 years ago.

It is not surprising they aren’t very economical. It takes energy to push weight. Which is why they only average around 33-35 MPG. Which sucks (literally) for an economy car given what economy cars were capable of averaging when the ’90 Mercedes S-Class was new.

In 1990, you could buy an actually economical car such as the Honda Civic CRX HF, which rated 43 MPG in city driving and 49 on the highway and so averaged considerably more than the 33-35 MPG of new not-especially-economical cars like the current Corolla and Elantra (and all the others in the same class). 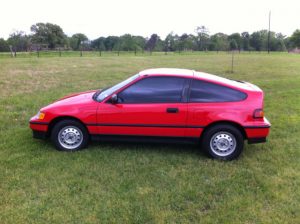 But the ’90 Civic CRX HF weighed about half (1,967 pounds) what a ’90 Mercedes S-Class weighed – and 1,000 pounds less than a current-year not-very-economical-car. Which is why it was so very economical, notwithstanding that it did not have a direct-injected, variable cam-timed/cylinder-deactivated/micro-turbocharged engine, common expedients used in the new and not very economical small cars to offset their avoirdupois.

Nor did it have a transmission with two or three overdrive gears.

None of that is necessary to achieve very high economy when a car doesn’t have to lug around an extra 1,000 pounds-plus of government-decreed deadweight. 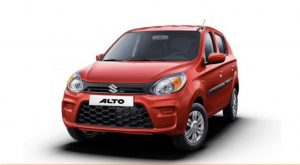 Just not here in the United States.

In India, one can buy a compact-sized five-door hatchback like the Suzuki Alto that averages – deep breath now – in excess of 60 MPG. This is 20 MPG better than any hybrid you can buy here achieves. And the Alto costs about 4 Lakh – equivalent in American money to less than $10,000.

It achieves this spectacular economy – and affordability – without hybrid technology or micro-turbos. Instead of those expensive things, it achieves economy with a 1,000 cc three cylinder engine that’s powerful enough to propel the car to 60 MPH in about 13 seconds – sufficient for A to B everyday driving – and to a top speed of just under 100 MPH – enough oomph to maintain 75 MPH on the highway. 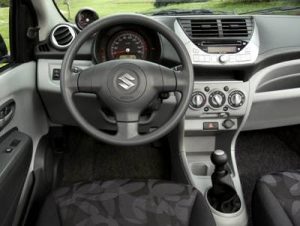 It can do all that because it only weighs about 1,600 pounds.

With AC. Because it does not come with the “safety” equipment mandated by the government here. Which is also why it costs less than $10,000 to buy, brand new – there.

Which is less than one-third the cost of the least expensive new electric cars, the Nissan Leaf and the Chevy Bolt.

Which don’t do much to “reduce greenhouse gasses” when very few people can afford to buy them in the first place.

The fact that they are not tells you all you need to know about the EV fraud.

As far as the con, that ought to be obvious. Billionaires like Elon Musk – and billion-dollar corporations – are using the government to rent-seek themselves more billions by forcing the average person, who cannot afford to buy an electric car, to subsidize high-performance electric cars for the affluent few.

These EVs are designed for speed and style – not economy. They have batteries twice as large as necessary and so hog twice as much energy as is necessary to get around economically, piously – hands held prayerfully in devotion to Gai and Greta.

And laughing all the while at the dupes made to pay for it all.

Posted by Crush Limbraw at 9:50 AM