The End of America? - Naomi Wolf

Authored by Naomi Wolf via The American Institute for Economic Research,

In 2008, I wrote a book, The End of America: Letter of Warning to a Young Patriot. I warned, based on my study of closing democracies in 20th century history, that America needed to beware of a slide toward totalitarianism. 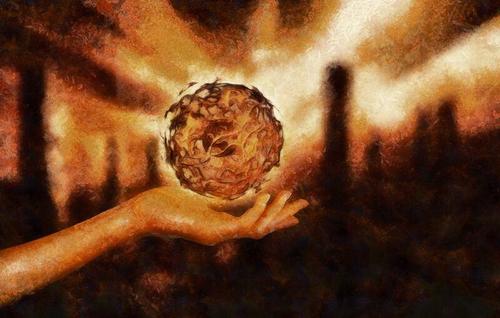 I warned that would-be tyrants, whether they are on the left or the right, always use a map to close down democracies, and that they always take the same ten steps. Whether it’s “Invoke a Terrifying Internal and External Threat,” “Create a Thug Caste,” “Target the Press,” or the final step, “Suspend the Rule of Law,” these steps are always recognizable; and they always work to crush democracies and establish tyrannies. At that time, the “global threat” of terrorism was the specter that powers invoked in order to attack our freedoms.

The book was widely read and discussed, both at the time of its publication and for the last 12 years. Periodically over the last decade, people would ask me when and if we had reached “Step Ten.”

We – my brave publisher, Chelsea Green, and I — are releasing the first and last chapters of The End of America now, in 2021, for free, and I am calling the sequel to this book, which I am now writing, Step Ten – because as of March of last year, we have indeed, I am so sad to say, arrived at and begun to inhabit Step Ten of the ten steps to fascism.

Though in 2008, I did not explicitly foresee that a medical pandemic would be the vehicle for moving the entire globe into Step Ten, I have at various points warned of the dangers of medical crises as vehicles that tyranny can exploit to justify suppressions of civil rights. Today, a much-hyped medical crisis has taken on the role of being used as a pretext to strip us all of core freedoms, that fears of terrorism did not ultimately achieve.

In 2015, I cautioned that infectious diseases could be used as a justification for ushering in a suppression of liberties, always under the guise of emergency measures. In 2019, a book of mine, Outrages: Sex, Censorship and the Criminalization of Love, showed how terrible infectious disease epidemics such as cholera and typhus had been exploited in the 19th century by the British state, in order to crush freedoms and invade people’s privacy; I wrote about how the first anti-vaccination movements arose among British parents in the Victorian period. That book was initially cancelled, and its message of warning has been continually assailed.

But that book too was prescient. In early March of 2020, of course, a global pandemic was announced: Covid-19.

In the immediate wake of the announcement and narrativization of that pandemic, most of the elements of a locked-in 360 degree totalitarianism have been put into place, in most of the countries of the West, including in what had been robust democracies. It all happened very quickly and comprehensively.

In the United States we now have:

The new biofascism in the West, very much driven by Big Tech leaders, and soon to be exploited by our enemies geopolitically, is a war against free human beings and against the qualities that make us human.

Masks break human beings’ ability to bond face-to-face and enjoy human contact, smiles and jokes. Masks turn down the effectiveness of human “technology,” by making it hard for us to “read” each other and to pick up social cues. Forbidding assembly keeps us from forming human alliances against these monstrous interests. Forbidding human assembly also prevents new cultures, new heroes and new business models from arising. We are all stuck with the Rolodex and the ideas we had in March of 2020.

Forcing kids to distance at school and wear masks ensures a generation of Americans who don’t know HOW to form human alliances, and who don’t trust their own human instincts. Those are counterrevolutionary training techniques.

Driving all learning onto (already prepared) distance learning platforms ensures that kids do not know how to behave in human space, space not mediated by technology.

Many Covid policies seem designed to ensure that humans will have no “analog” space yet or “analog” culture left – no way to feel comfortable simply gathering in a room, touching one another as friends or allies, or joining together.

Lastly, driving all human interaction onto Zoom is not only a way to harvest all of our tech, business secrets and IP – it is a way to ensure that intimacy and connection in the future will be done online and that human face-to-face contact will be killed off.

Why is this? Why develop policies that punish, encumber and restrict human contact in analog (unsurveilled, unmediated) spaces?

Because human contact is the great revolutionary force when it comes to human freedom and resistance to this form of comprehensive biofascism – the biofascism represented by the New Normal – the medico-fascist Step Ten.

Now let me recap from the year 2008, and read you my intro to The End of America, as well as the warning at the close of that book.

Its message has never, sadly, been more timely. This time, threats to freedom justified by terrorism then, have reclothed themselves in the trappings of a medical pandemic.