Endorsing a Call for the New American Flag, by Gregory Hood - The Unz Review

It would be the best symbol of the current reality. The “United States” is at war with “America” and its history. Until conservatives understand this, they won’t just be losers. They will be useful idiots for people who despise them.

Millions of European-Americans love this country. They work for it, pay for it, fight for it, and die for it. They do this even though their government discriminates against them, shames them, and pushes immigration policies that will turn them into a hated minority.

The American flag is the symbol of the federal government. However, it’s something more for whites. It’s the flag of “America” — the historic nation; something that is very different from the “United States” — the regime ruling from the Potomac. 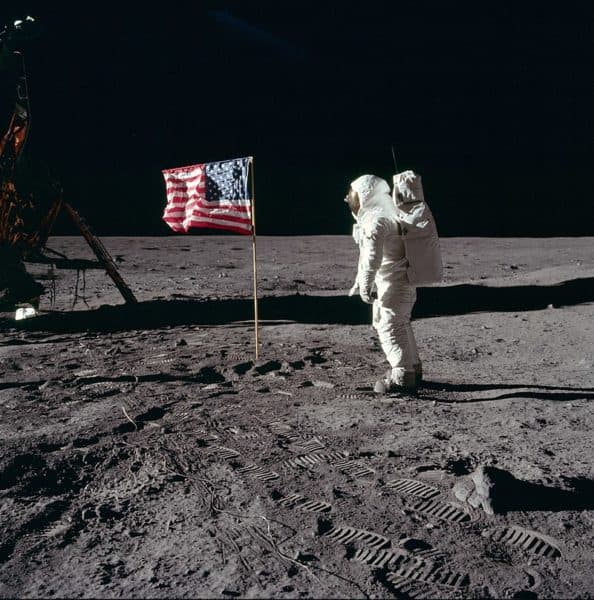 My head says “yes,” my heart says “no.” Old Glory is a talisman that psychologically traps us. America, until very recently, was a white nation that understood itself as such. Racially aware whites created it “for ourselves and our posterity,” not the world. Others have stolen it from us. We didn’t give it away. We are under occupation. However, many whites still don’t understand this because we lack a symbol to unite us.

President Biden, Madame Harris and members of Congress: the American flag has been hijacked as code for a specific belief. God bless those believers, they can have it. Like the Confederate, it is tattered, dated, divisive, and incorrect. It no longer represents democracy and freedom. It no longer represents ALL of us. It’s not fair to be forced to honor it. It’s time for a new flag. The new flag would have brown and black stars to symbolize those races. (I suppose Asians are left out.) There would be 52 states because Puerto Rico and Washington, DC would become states. The white would become “off-white” because, Miss Gray says, white stands for purity and America “ain’t.” Instead, it’s “broken and in pieces.” I agree with her, though I suspect for different reasons.

I am neither trolling nor being edgy. I fully endorse Miss Gray’s call.

The rise of Black Lives Matter, President Donald Trump’s defeat, and the debacle of the Capitol riot have led to what I’ve called “State Conquest.” This doesn’t just mean that America has “changed.” It means that there is a new cultural and political order that is built on the explicit rejection of the previous one. State power is turned against those who once upheld the state. The closest equivalent would be the way modern South Africa was built in opposition to white South Africa, or Zimbabwe to Rhodesia.

These transformations are not uncommon. They can be sudden or gradual. However, it is rare that you can point to a single event that marks the transformation. Things like the fall of Constantinople are exceptions, not the rule.

Currently, America is in a kind of hybrid-state, trapped between the new order and the old. It is like the old unrecognized state of “Zimbabwe Rhodesia” that preceded that nation’s fall from the Anglosphere into just another African wreck. That was a doomed compromise for whites and blacks to unite behind one polity. It didn’t last long. I don’t think this “new America” will either. In any event, I don’t think it should.

Miss Gray makes an explicit comparison of Old Glory to the Confederate flag, a flag that is “tattered, dated, divisive, and incorrect.” On one level, this is nonsense. Every flag is “divisive” because the whole point is to have a marker that separates “us” and “them.” However, I think her larger point is right. There are few arguments against the Confederate battle flag that you can’t also make against the American flag. Both flags represented white polities and are associated with those nations’ historic triumphs and defeats. Miss Gray evidently doesn’t identify with America’s heroic past. She shouldn’t. What does it have to do with her?

She identifies with an embryonic national mythos. The title of her piece says that a new flag is needed for “Juneteenth.” “Juneteenth,” originally a local celebration for blacks in Texas who learned they had been freed, is now a national holiday. Just seven percent of Republican voters wanted this holiday, but most elected Republicans voted for it. Republican Senator John Cornyn says this is an example of bipartisanship. He’s wrong. If it’s meant to be a stopgap for BLM, it won’t accomplish anything more than “Zimbabwe Rhodesia” did.

Rep. Cori Bush has a better understanding where this is going:

Even Charlie Kirk has learned:

Critical race theory, commemorations of racial libels like the “Tulsa Massacre,” and government celebration and endorsement of Black Lives Matter show that a “successor ideology” has emerged to replace the original American mythos. It is internally coherent. It replaces the previous national story about British settlers building an independent republic that gradually became a wealthy and powerful nation. It thus provides a justification for the physical replacement of whites in this country.

The new creed teaches that America was built by whites on “stolen land.” America’s story is the struggle to overcome the white racism embedded in our very institutions. White Americans, who created the country, suddenly become the least American of all. Juneteenth becomes the true independence day.

Instead of celebrating the old America’s achievements, we mourn them. Yesterday’s heroes, like Founding Fathers, become today’s villains. This requires new symbols and new celebrations. Instead of “The Star Spangled Banner,” we have “Lift Every Voice and Sing.” July 4 must go because, as Frederick Douglass once asked, “What to the Slave is the Fourth of July?” Already, one city replaced the July 4 parade with celebrations of Juneteenth and gay pride.

This isn’t liberalism run wild. It’s necessary. You can’t celebrate white America’s past when many of America’s triumphs were over non-whites. Macy Gray isn’t wrong to have mixed feelings about the American flag. It’s not hers. Put yourself in her position. Are we whites supposed to feel any special attachment to the red-black-green black nationalist flag? A nation is a people bound by kinship, shared experience, and more importantly, a shared mythos. Benedict Anderson said a nation is an “imagined community.” That’s a very minimalist definition, but even that doesn’t work with the United States. There’s no heroic narrative we all share. I have far more in common with any white European than I do with Macy Gray.

Of course, our rulers don’t want the country to actually break up. They need us to pay for everything. What our rulers are creating is an “imagined community” of whites who must eternally repent for their historic sins against their non-white fellow citizens. Some whites will go along with this strange cult, but there’s no reason any of us should.

Obviously, those of us who were defending statues of Confederate heroes and the Confederate battle flag saw that the attack against the American flag would come next. Sam Francis wrote in 2000:

In this new order, whites — whether Southern or not — would be denied any public affirmation of their cultural and historical identity, and the denial of their identity would more easily allow their cultural and political subjugation to the non-white majority that has been projected to emerge in the United States in the next half century. The end result of the attack on Confederate symbolism, in other words, is not merely the disappearance of the Confederate flag, “Dixie,” and other symbols and customs of interest mainly to Southerners and Civil War buffs but, in time, the eradication of all symbols from pre-1960s America that suggest a white-based or “Eurocentric” public identity. With their disappearance and the cultural and racial dispossession it represents would come the racial domination of white Americans by the non-white majority of the next century.

Many conservatives did not listen. However, it is they, not progressives, who are being internally inconsistent. The Union that crushed the South went on to crush “Native American” resistance in the West and essentially forge a powerful white empire. If you aren’t white, that national triumph is a bitter defeat for your people. Every statue, flag, monument, or memorial that celebrates pre-1960s America is an implied rebuke to non-white Americans, a reminder that they didn’t build this country. Of course, they want them all torn down. No self-respecting group would demand otherwise. 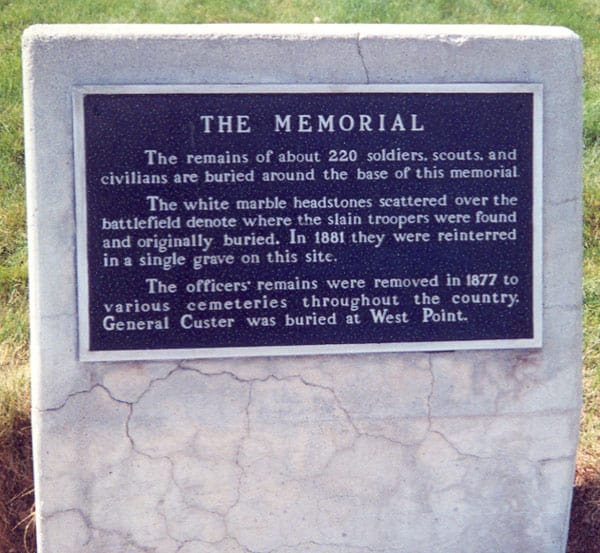 The headstone marking the site of the Battle of the Little Bighorn. (Credit Image: Jeremy Kemp via Wikimedia

Are white Americans self-respecting? Many are not. However, I think far more are simply confused. They lack a political vocabulary to describe what’s happening. Many thought Donald Trump would crush their foes. Many have taken refuge in conspiracy theories that claim salvation is still on the way. Others have given up and look to religious theories about the end of the world.

The truth is far simpler, as truth usually is. The American flag is the symbol of a political and cultural order that no longer exists. White America is a thing of the past. The new regime, what Darren Beattie calls the “Globalist American Empire,” is anti-white and seeks to impose this cultural order on the entire world. The GAE is defined by the rejection of the historic American nation’s achievements and it celebrates the destruction of traditional Western civilization. The West’s greatest foe is not Beijing or Moscow, but the government on the Potomac that disgraces the name of George Washington.

White conservatives are misled by their supposed leaders when they are told that they should defend this. Giving the new regime a new flag will help whites understand the truth. The country white conservatives love is gone. They will need to build a new one if they want their people, culture, or identity to survive in any form. If they don’t, they’ll be surrendering to eternal subjugation and humiliation. “Juneteenth” is the beginning and reparations will be just another step.

It would be the best symbol of the current reality. The “United States” is at war with “America” and its history. Until conservatives understand this, they won’t just be losers. They will be useful idiots for people who despise them.

Posted by Crush Limbraw at 5:51 PM