In Many Cities In America, The Criminals Are Starting To Gain Firm Control Of The Streets | ZeroHedge

Authored by Michael Snyder via TheMostImportantNews.com,

Every week the horrendous crime wave that is sweeping across America seems to get even worse.  In some of our largest cities, looting, murder and violence are becoming a way of life, and authorities seem powerless to do anything about it.  Is this what we can expect life in the United States to look like moving forward?  All over the globe, people are watching us, and they are stunned by what they have been witnessing.  Criminals are wildly out of control, and many of our largest cities are being transformed into extremely violent war zones. 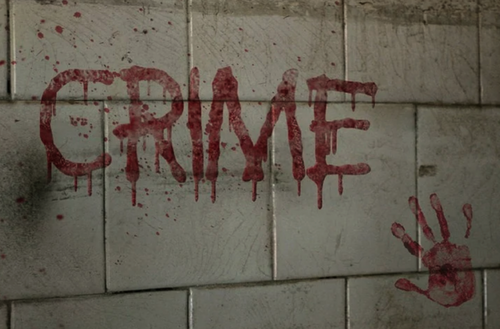 For example, just check out what happened in Oakland over the weekend.  According to Police Chief LeRonne Armstrong, his officers were completely overwhelmed by “the level of violence and gunfire”…

The Fourth of July reeled into “12 hours of non-stop chaos” Sunday night with several victims wounded by celebratory gunfire, a homicide and a massive sideshow marred by gunfire. The night culminated at the sideshow, where more than 200 participants pelted police officers with debris and flashed them with hand-held lasers.

Next door, the shoplifting epidemic in San Francisco has evolved into systematic looting.

Sadly, no retailer is immune.  Even though Neiman Marcus has enthusiastically embraced a whole host of “woke” causes, criminals ruthlessly looted one of their stores in San Francisco on Monday…

Looters were captured on video Monday ransacking a Neiman Marcus in San Francisco as thefts continue to plague businesses in the area.

At least nine suspects smashed display cases, snatched handbags, and jetted out of the building before law enforcement arrived to the scene at about 6 p.m., according to footage. The suspects were seen running out of the store with their hands full of merchandise before entering an apparent getaway car that sped off down a busy intersection.

If you have not seen footage of the looters yet, you can watch it right here.  This happened in broad daylight, and it is hard to believe that such scenes are actually happening in the United States of America.

At this point, the looting has gotten so bad that some major retailers are taking drastic actions…

Walgreens shuttered 17 of its stores in the San Francisco area in the past five years, and the company said thefts in the area are four times more likely than anywhere else in the country as executives budgeted 35 times more for security personnel to guard the chains.

Target executives in the city also decided to limit business hours in response to an uptick in larceny.

But unless they completely close up shop, the looting is going to continue.

Criminals in California have learned that if they keep the value of the merchandise they steal at each store to under $950, they won’t be charged with a felony even if they are caught.

SF Police Lt. Tracy McCray pinned the blame on DA Chesa Boudin (whose parents were part of the radical and violent Weather Underground, and left two police officers dead during a botched heist). According to McCray, Boudin’s “criminals first agenda” is responsible for the uptick in crime.

“What happened in that Walgreens has been going on in the city for quite a while,” McCray said in June. “I’m used to it. I mean, we could have a greatest hits compilation of people just walking in and cleaning out the store shelves and security guards, the people who work there, just standing by helplessly because they can’t do anything.”

Up in Portland, the street violence just continues to get even worse.

Earlier today, I was saddened to learn that a very generous man that had put up a pop-up swimming pool for the homeless during the heat wave had been viciously stabbed to death…

A man whose ingenious pop-up swimming pool kept the homeless cool during the recent heat wave was fatally stabbed in the same spot just one day later, according to Portland police.

Officers identified Tyson L. Morlock as the man who was found stabbed in the inner eastside Hosford-Abernethy neighborhood at Division Street and Southeast Martin Luther King Junior Boulevard around 3:37 a.m. on Thursday, July 1.

He tried to make Portland a better place, and now he is dead.

Of course so many people are being murdered these days that it is extremely difficult to keep up with all of the carnage.

In Chicago, this holiday weekend was the most violent weekend that we have seen in 2021 so far, and that is really saying something…

Every July 4th weekend police in Chicago brace for an uptick in violence – even more than is usual when typical weekends average about 40 shootings – and this holiday weekend was no different, easily registering as the deadliest and most violent this year given the total death count. New York City has also been witnessing a steady uptick in seemingly random shootings and violence, including brazen acts committed in broad daylight in heavily trafficked areas, such as the recent Times Square wounding of a US Marine.

On Monday the Chicago Sun-Times has tallied 92 people shot over the long July 4th weekend, with 16 killed. The Sun-Times database shows the numbers killed to be a weekend high for all of 2021 so far.

There are certain areas of Chicago that are essentially “no go zones” at this point, but of course the same thing could be said about the worst parts of many other major U.S. cities.

As I discussed the other day, it is being reported that murder rates in our largest cities were up by an average of 30 percent in 2020, and as of a few weeks ago they were up another 24 percent so far in 2021.

Ordinary citizens are begging our leaders to “do something” about this enormous wave of violence, but at this point nothing seems to be working.

If things are this bad now while the U.S. economy is in “recovery mode”, how bad will conditions get when the next severe downturn comes along?

It is heartbreaking to watch our society come apart at the seams all around us, and I have a feeling that what we have witnessed so far is just the beginning.

Michael’s new book entitled “Lost Prophecies Of The Future Of America” is now available in paperback and for the Kindle on Amazon.

Posted by Crush Limbraw at 8:50 AM