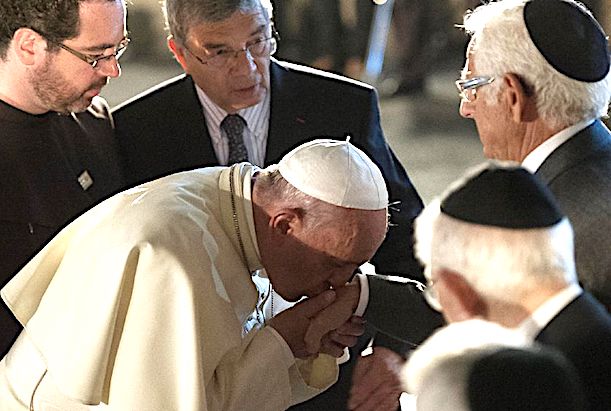 Pope Francis shocked many when he delivered his 2019 Christmas address to the cardinals, bishops and other high ranking officials of the Catholic Church, by explicitly rejecting tradition, Western culture and even comparing Jesus in Bethlehem to a refugee:

“Christendom no longer exists!” Francis declared in his speech. “Today we are no longer the only ones who create culture, nor are we in the forefront of those most listened to.”

Pope Francis specified that the culture he was rejecting was European.

“We are no longer living in a Christian world, because faith — especially in Europe, but also in a large part of the West — is no longer an evident presupposition of social life; indeed, faith is often rejected, derided, marginalized and ridiculed.”

“The rigidity that is born from fear of change ends up placing numerous blocks and obstacles on the ground of the common good, transforming it into a minefield of lack of communication and hate.”

In his Christmas address, the Pope also addressed the issue of refugees who he described as “discarded from globalized society.” He insisted these marginalized groups, “represent a voice crying in the wilderness of our humanity.” He compared refugees to Jesus as a baby….

‘Tradition is not static, it’s dynamic,’ Pope Francis said in his Christmas address.

There is no doubt that traditional Catholic values are being challenged under Pope Francis. In November, the pope announced that he would consider a request to allow married men to be priests. He is also considering the addition of ‘ecological sins’ the Catechism of the Catholic Church. Among the sins that Catholics would confess to a priest are whether their clothes are fairly traded, how many animal products they consume, and whether they overuse their mobile phones.

By rejecting European culture, the Pope is rejecting not only Christianity but also the body of Christ which is embodied in the European people who are the literal seed of Jacob/Israel.

Contrary to the sell-out Pope’s bleak pronouncement, ‘Christendom’ is eternal, as God promised to preserve the true Israelite people forever, and Christendom will prevail wherever those people dwell.

Today, Jews have become the dominant culture creators because we have turned our backs on God, and handed the reins over to those whose agenda it is to destroy our God and our race.

And this crypto-Pope has taken a leading role in attempting to hand over the keys of Christendom to our sworn spiritual enemies, the Jews.  How do we know this?  Simply put: his liberal agenda includes literally every progressive jewish talking point, including the normalization of sodomy.

It wouldn’t be an exaggeration to say that the Pope is openly leading a Bolshevik revolution within the Catholic Church.  By their fruits you shall know them.