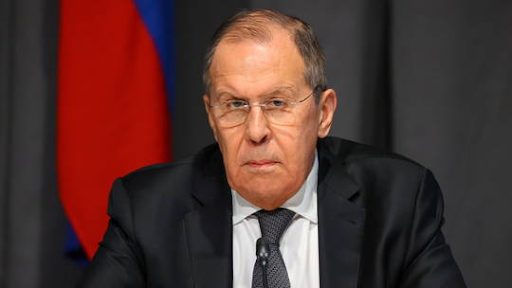 Russia is doubtful that its demand to stop NATO’s eastward expansion will gain any traction, and it is highly likely the US-led bloc will simply ignore Moscow’s security concerns, the Russian Foreign Minister said on Monday.

Speaking to journalist Vladimir Solovyov, Sergey Lavrov revealed that Russia published proposals for security guarantees as a way to prevent Western nations from dismissing them, or leaking them selectively.

Experts in Moscow have noted that a contemporary American information tactic is to drop supposedly confidential negotiation points into the public sphere through "anonymous sources" feeding popular news outlets that are considered "on side."

“We have made our initiative public, as explained by President Putin and the Foreign Ministry, because we are aware of the West’s ability to obfuscate any uncomfortable issues for them,” Lavrov explained.

“We have serious doubts that the main thing in our proposals, namely the unconditional demand not to expand NATO to the east, will not be swept under the carpet.”

Lavrov’s comments come almost two weeks after Moscow publicly released two draft documents with a list of promises it wants to obtain from the US and NATO. As well as pledges that the bloc won’t expand eastwards, the proposed treaties also include the end of Western cooperation with post-Soviet countries, the removal of US nuclear weapons from Europe, and the withdrawal of NATO troops and missiles away from the Russian border.

Russia is now waiting for negotiations with Washington and Brussels over its proposals.

“We will wait, first of all, for what the Americans will offer us in response,” Lavrov said.

Also speaking on Monday, Russian Deputy Defense Minister Alexander Fomin claimed that NATO has long been ignoring Russia’s interests and refuses to speak to Moscow on an equal basis.

“For instance, in 2009, it turned down Russia’s proposal to sign a new comprehensive agreement on mutual security guarantees amid a chill in bilateral relations following the developments in Georgia in 2008,” Fomin said. “One of these proposals was to maintain high-level contacts. However, talks held in the period from 2016 to 2021 demonstrated that the alliance is not ready for substantive talks and is seeking to avoid concrete de-escalation solutions, and therefore it is turning down all Russian initiatives.”

You can share this story on social media:
Posted by Crush Limbraw at 11:54 AM