Revolutions have a funny characteristic: they're unpredictable.

The general assumption is that revolutions are political. The revolution some foresee in the U.S. is the classic armed insurrection, or a coup or the fragmentation of the nation as states or regions declare their independence from the federal government.By focusing on the compelling drama of political upheaval we're missing the real revolution, which is social and economic: the Great Resignation, a global movement which in the U.S. has largely unrecognized American characteristics.The Great Resignation is the real revolution which few if any recognize. The status quo is going to great lengths to dismiss it, for example, The Great Resignation: Historical Data and a Deeper Analysis Show Itâ€™s Not as Great as Screaming Headlines Suggest, because this revolution is not controllable with force and is therefore unstoppable.The sources of the revolution are in plain sight: you rig the economy to enrich the already-rich top 10% and super-size the already bloated wealth of the top 0.1%, and then you wonder why the bottom 90% are indebted, broke, burned out and disgruntled? The hubris of the ruling elites and their lackeys is off the scale, as this structural exploitation is presumed to be not just acceptable but delightful to the bottom 90%.Alternatively, the more cynical view of those at the top looking down is: they have to work at the wages we pay in inhuman conditions because they have to: all the debt-serfs and tax donkeys must accept our pay and conditions or starve.This is neoliberal neofeudalism with the kid gloves of PR removed.Secondly, it's rather obvious what happens to public protests against systemic exploitation and disempowerment of the bottom 90%: they go nowhere. Anyone remember Occupy Wall Street? This is the fate of any quasi-political movement: co-option, suppression, etc., and then benign neglect as the full-court press eventually wears out the peasants.So the real revolution takes place out of the spotlight, as one person at a time opts out. They opt out of the unwinnable rat-race, of burnout, of debt-serfdom, of powerlessness, of accepting exploitive work conditions and all the tiresome trappings of neofeudalism.After 45 years of losing power, the workforce finally has a bit of leverage. Some of the leverage results from demographics--the Baby Boom generation is retiring en masse and so the workforce is shrinking--and from the revolution of opting out, as millions of individuals quit, creating a labor shortage unlike any in living memory.

As millions of workers opt out of conventional employment / exploitation, individuals have leverage due to the labor shortage to reverse the game employers have been winning for 45 years. Corporate America dropped the pretense of rewarding loyalty long ago, and nobody believes the corporate PR about "we're a family"--unless Corporate America is referring to an abusive, dysfunctional "family."Here's a depiction of the typical corporate workplace: a "torture room" where the overlords are obsessed with bogus feedback from employees and customers.

American workers are awakening to the reality that they only way to get ahead is to get out. Stop playing the rigged game and start playing the players.Workers are now in a position to quit and demand better pay and conditions, and then quit again to gain more, and then quit again. The employers are gnashing their teeth at this loss of power, but that's what happens in revolutions: the pendulum swings from one extreme to the opposite extreme.Workers are realizing that they are powerless to change a rigged system at the ballot box or by conventional means. The only freedom that's still available is to quit amd game the system to the hilt, or drop out into the informal economy, try one's hand at the rigged casino of rampant speculation or give up the whole unattainable dream of the McMansion on the golf course and build yourself a micro-home on a cheap rural parcel and work your own micro-enterprise.A great many workers are done dealing with the abusive American public who seem to feel they have a right to abuse employees. The government has the monopoly on force but it doesn't have the power to force individuals to tolerate abuse from employers, co-workers or customers.Those quitting give conventional reasons, obfuscating the revolution. The structural dynamics driving the Great Resignation are not entirely conscious; the awareness that the ground has shifted beneath our feet is not easily discernable or described, but we sense it and act on it nonetheless.American ingenuity is increasingly turned to playing the players via individual initiative. While the financial elite focuses on stripmining the next rigged game, the workers are focusing on bailing out in one form or another.Revolutions have a funny characteristic: they're unpredictable. The global revolution is being written off as "transitory" because it's terribly inconvenient for the rigged-against-the-bottom-90% status quo. But it isn't transitory, it's gathering momentum. 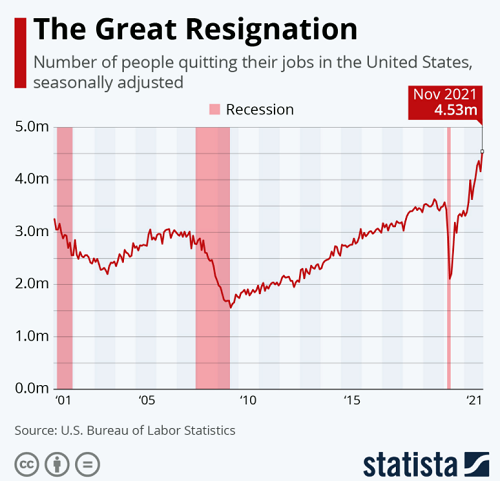 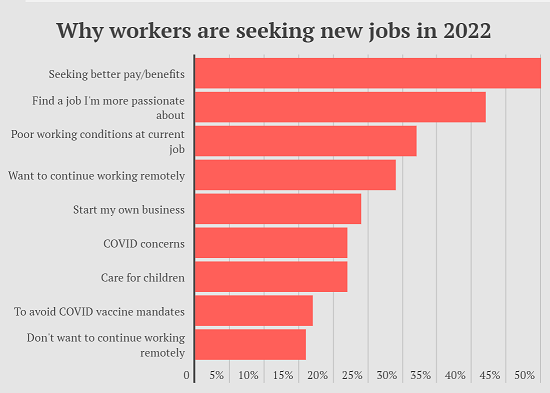 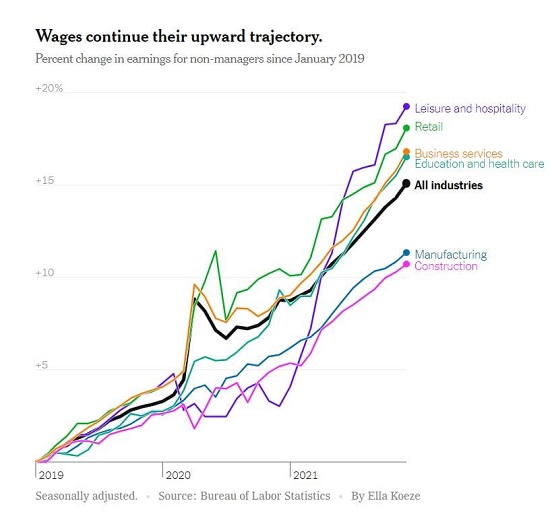 My new book is now available at a 20% discount this month: Global Crisis, National Renewal: A (Revolutionary) Grand Strategy for the United States (Kindle $8.95, print $20)

If you found value in this content, please join me in seeking solutions by becoming a $1/month patron of my work via patreon.com.Recent Videos/Podcasts:

Entropy intensifies (26:52 min., with Max Keiser)
Tune in (to degrowth), drop out (of hyper-consumerism and debt-serfdom) and turn on (relocalizing capital and agency)

A Grand Strategy to Address the Global Crisis (54 min., with Richard Bonugli)

The Adventures of the Consulting Philosopher: The Disappearance of Drake $1.29 Kindle, $8.95 print); read the first chapters for free (PDF)

Money and Work Unchained $6.95 Kindle, $15 print) Read the first section for freeBecome a $1/month patron of my work via patreon.com.