The Real Contagion Threat is Political - By Thomas Luongo

“And when everyone’s special… no one is.”— The Incredibles

The real danger to the current institutional order was just demonstrated in Sweden. While I’ve talked at length about the potential financial contagion stemming from the implosion of multiple emerging market currencies it is the growing political crisis in Europe that will shape our future.
Sweden is The Land where Socialism Works, or so I keep getting told by ignorant leftists who cling to the power fantasy that central planning is the only way to make the trains run on time.
Central planning does do that, but only to deliver people into the nightmare of social disorder brought on by the disruption of the natural flow of capital.
Venezuela, South Africa, Soviet Union, post WWII Britain … you get the idea.
But, the effects of the collectivist mindset are far more pernicious than those extreme examples.  And it is important we understand how little policies grow into big problems over time due to shaping people’s decisions through government edicts.

There is no better example for what I’m talking about than the U.S. Army Corps of Engineers.  A completely useless organization which sucks up billions in tax money to straighten rivers, build dams and alter the landscape to fit the needs of whoever paid Congress the most in lobbying money that year.
They engage in projects that cannot easily be done in the free market, nor should be done. But their activity creates downstream effects from their meddling which multiply over years and lead to problems which are orders of magnitude larger than they would have ever become naturally.
The Red Tides occurring off the Florida coast now are a political cudgel being swung at Governor Rick Scott to prevent him from moving up to U.S. Senator over his ‘environmental record.’  Now I’m no fan of Skeletor, as we call him down here, but these charges are simply grandstanding.
Because anyone who has an ounce of decency, intellectual honesty or passing acquaintance with history knows that the seeds of South Florida’s environmental nightmares are a product of the Corps of Engineers altering the landscape to serve Big Sugar and Big Corn.
These are two crops we shouldn’t even be growing (along with Soy and rapeseed) no less subsidizing due to their horrific effects on human health and development.  And this is another downstream effect of government meddling.
The real epidemic in the U.S. sapping our national wealth is not the rise of opioid use (though terrible) or the trade deficit it is diabetes and auto-immune diseases brought on by two generations of bad diet and ruinous food.
Health care and Big Pharma cost us trillions in easily avoided health problems due to the erroneous idea that human dietary needs are well-served by eating like my goats.
They aren’t.  Hell, even my goats spend most of their lives in ketosis.
{Subscribe to the Gold Goats ‘n Guns Podcast on Spotify, iTunes and Spreaker]
This, again, is a product of government meddling into our food choices by diverting capital via farm subsidies and other bureaucratic structures built through the collective action of the ballot box.
So, a $200 million river straightening project turns into a multi-generational multi-trillion dollar loss of productive capital trying to keep people alive a little longer after a lifetime of eating like pigs being fattened for slaughter.
Okay, maybe that was the plan overall.
But, back to Sweden.  The results from the Swedish elections are another data point that populism is, well, popular.  The surge in popularity of the Sweden Democrats was strong enough to throw into flux the formation of a new government as support for the ruling Social Democrats has collapsed.
Where have we heard this story before?  Oh, only like all over freaking Europe.
What started with Brexit, carried across the pond to Trump, and spread to the continent in Italy, France, Poland, Austria, Hungary, Bulgaria, Romania, Russia, the Czech Republic and Germany which has now crossed back over the Baltic Sea to Sweden.
And still the political Left refuses to acknowledge the legitimacy of the concerns of voters, clinging desperately to the narrative that this is simply fringe ‘alt-right’ or ‘far-right Nazism’ rearing its head in an adolescent ab reaction to their very sensible and humanitarian policies.

They are supported in this delusion by the architects of the immigration nightmare in Europe who are quick to label anything vaguely sniffing of cultural pride as ‘extremism’ to shame apolitical and conscientious folks into staying within this failing paradigm of cultural suicide.
It is not working and thank the gods for it.
Whether the Sweden Democrats’ share of the vote is large enough for them to enter the government is irrelevant in the end.  Sweden’s political system is backward, but, hey, who am I to judge.
No one, actually, and that is the point.
The surge in popularity is what matters. And if they are excluded and things in Sweden continue as they are, then it will only serve up an even bigger voter backlash the next time they go to the polls if the government can even survive that long.
What’s is relevant is the contagion brought on by the downstream effects of one government intervention begetting a complete overhaul of the political landscape.
Europe is balkanizing. 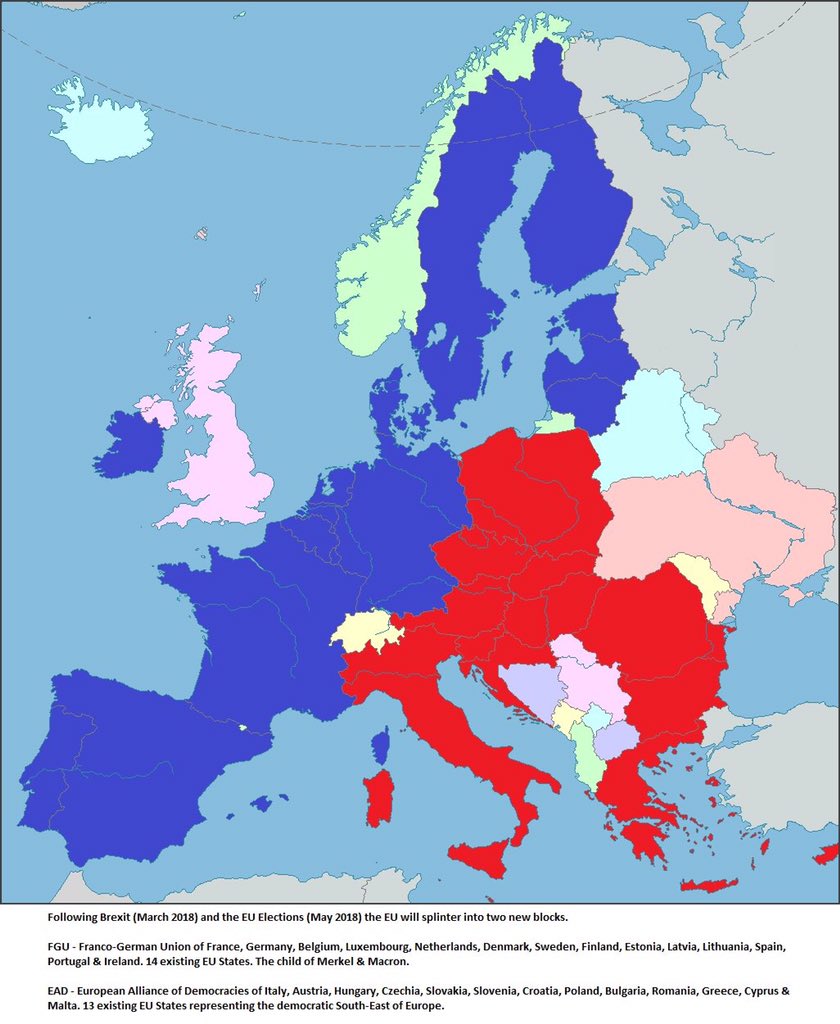 National cultures and community pride are sources of societal strength. The proponents of the Open Society and cultural homogenization are tone-deaf to the realities of forcing change because it is ‘the right thing to do’ or ‘the right thing to advocate.’
All it does is betray their totalitarian urge to force people they look down on to be better by first demonizing them for being racist and then acting out their own racism by forcing on their political opponents a life they do not want.
And the minute these long-suffering, abused people stand up for themselves and say, “No more” to their once peaceful communities being torn asunder by acid-throwing, gang-raping, rudderless immigrant males their reaction is to cry, “Racist!”

But that’s not working anymore.  What is working is the two-edged sword of political power.  Those that live by it will eventually hang from the rafters by it unless they willingly step aside and admit defeat with a modicum of grace and humility.
Given the reactions from the politically powerful all across Europe and the U.S. to this critical shift in the political landscape that is the last thing on their minds.
And that’s the most tragic irony of this entire period of history.  The very people who champion communitarianism and democracy as their highest ideal fear the power they have used so indiscriminately will be used against them when they lose it.
And their losses are mounting.
That’s what is inflaming their hatred and violence.  Abject terror of the backlash.  It is why this political contagion is the catalyst for global financial and economic collapse.  It’s already here in the form of emerging market upheaval. Faith in the institutions which circumscribe our lives is what props up currencies and, ultimately, asset values.
Politics got us into this mess.  It will not get us out of it.  The Great Reset is coming.  And you need to be prepared.
Reprinted with permission from Gold Goats ‘n Guns.
The Best of Thomas Luongo
Publisher of the Gold Goats n Guns. Ruminations on Geopolitics, Markets and Goats.
Copyright © 2018 Thomas Luongo
https://www.lewrockwell.com/2018/09/thomas-luongo/the-real-contagion-threat-is-political/

Posted by Crush Limbraw at 9:13 AM